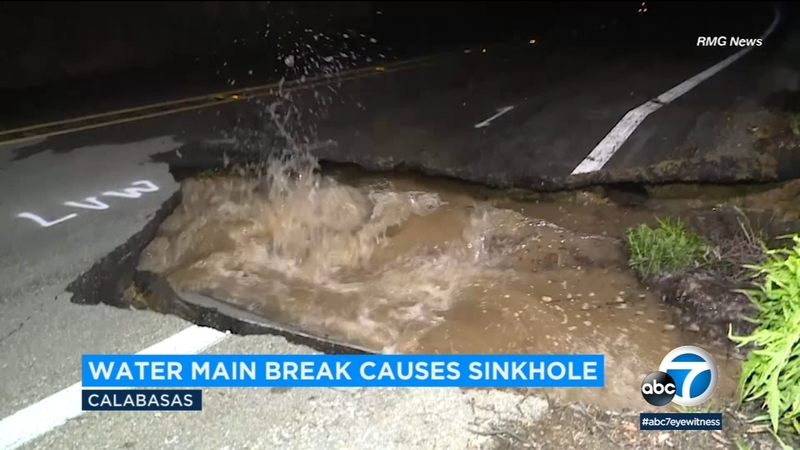 CALABASAS, Calif. -- A huge sinkhole swallowed a piece of road in Calabasas while cameras were rolling.

Chunks of the road can be seen on film breaking apart and collapsing into a hole as water rushed by underneath.

The hole opened on Stunt Road in the Calabasas mountains Saturday night. It was caused by a water main break.

After about an hour of water gushing under the road, the road itself caved in.