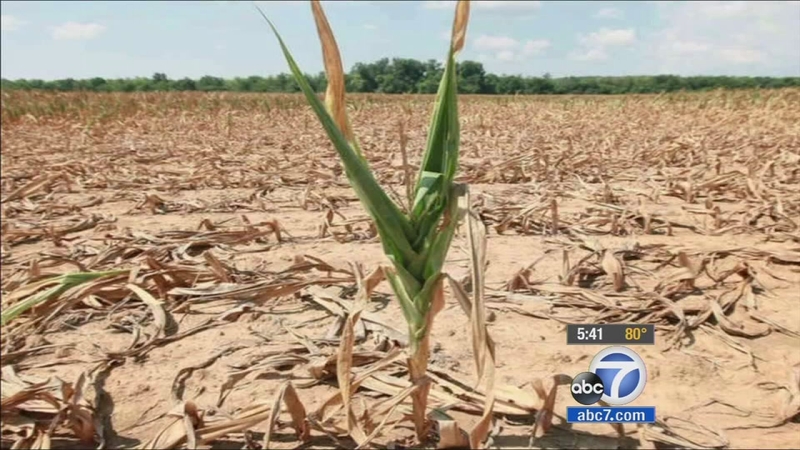 LOS ANGELES -- A discouraging new report says California's drought is at its driest level. A new public awareness campaign has been launched to encourage people to conserve water.

More than half of California is now under "Exceptional Drought" stage, according to a new report by the U.S. Drought Monitor. Exceptional Drought is the highest level on the scale. Conditions haven't been this severe in 40 years.

"We are in an unprecedented drought and there is seemingly no end in sight," said Frances Spivy-Weber, State Water Resources Control Board.

"We are having record historic lows in water," said L.A. City Councilman Felipe Fuentes. "In fact, the state of California in its recorded history has never seen a drier than it did last year, and this year is not looking very good."

Billboards will be going up across Southern California. There is a character called "Lawn Dude," saying he only needs to drink water two days a week. The images are meant to be humorous, but the message is very serious.

"The water is always there, and they hear it on the news, they get we're in drought, and everybody goes, 'But I'm doing my part,'" said Jeffrey Kightlinger, general manager, Metropolitan Water District. "And people are, by and large. But our water usage isn't really dropping in Southern California, so we are asking people take an extra step -- do something extra."

There's even an app that people can use if they see water waste, called VizSAFE. It allows someone to take a picture or a video. It records the location and you can send the photo to water officials so they can investigate. Meanwhile you can remain anonymous.

"The water crisis here in Southern California is extreme and people are passionate about the crisis they are in and they're playing by the rules. And they want to hold others accountable to also play by those rules," said Peter Mottur, VizSAFE CEO.

Officials say in this time of crisis, every little bit helps. At the Water District headquarters, they shut down their fountain to save water. It might be some time before it gets turned on again.