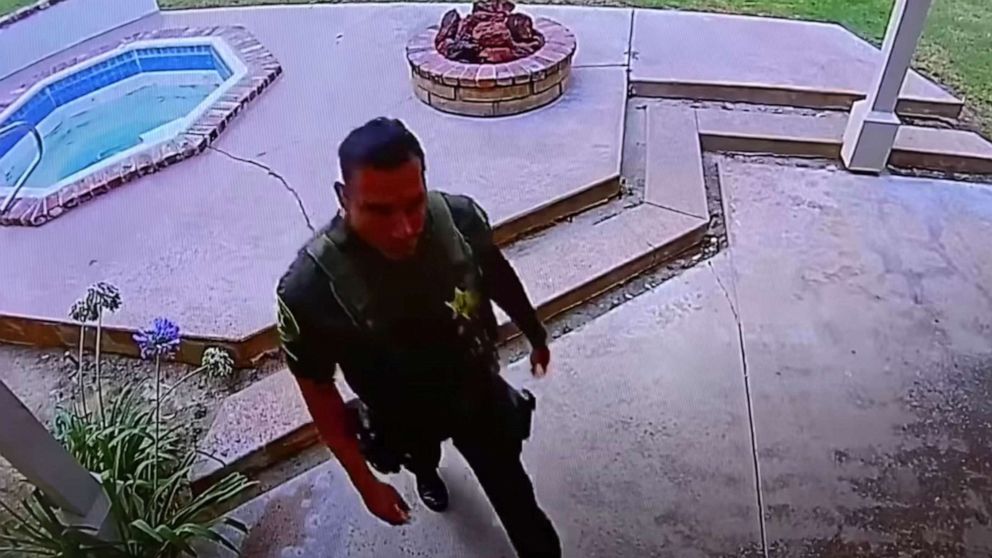 A California sheriff's deputy has been arrested and placed on administrative leave for allegedly burglarizing a home after responding to the death of an elderly man.

Steve Hortz was a 12-year veteran of the Orange County Sheriff's Department prior to his arrest on Thursday, the police department said.

In late July, Hortz responded to a call in Yorba Linda regarding an elderly man who died from apparent natural causes.

On Wednesday, an attorney representing the family estate called the police department to report some items missing from the home and shared home surveillance video that depicted Hortz entering the property at least three times and "exiting with stolen property," according to a police statement.

In the first instance on July 27, Hortz entered while in uniform. He returned on Aug. 10 and Aug. 16 while in civilian clothes and stole weapon safes, ceiling fans and other boxes with unknown contents, authorities said.

Following an investigation, Hortz was arrested Thursday, placed on leave and has been booked into the Santa Ana Jail on suspicion of burglary.

The local sheriff pledged that Hortz would be held accountable and said his actions "undermine the good work" of the Orange County Sheriff's Department.

"The suspected criminal actions of this deputy are a violation of public trust, are inexcusable and intolerable," Orange County Sheriff Don Barnes said in a statement. "This deputy will be held accountable through a swift and thorough process including a full criminal and internal administrative investigation."

"As your Sheriff, I want you to know that these criminal actions by a member of my staff will not be tolerated and are not indicative of the service we provide to Yorba Linda, or any other contract city," Barnes added.

It was not immediately clear if Hortz had obtained an attorney.

"This conduct, if true, is tremendously hurtful to the thousands of dedicated peace officers that AOCDS represents in Orange County," the union said in a statement. "We are saddened that the news may undermine the strong public support for the hard work and dedication of deputies and officers who do a fantastic and honorable job."
Report a correction or typo
Related topics:
abc newsnational
Copyright © 2021 ABC News Internet Ventures.
More Videos
From CNN Newsource affiliates
TOP STORIES

LIVE: Disney's 'Celebration of Festival of the Lion King'