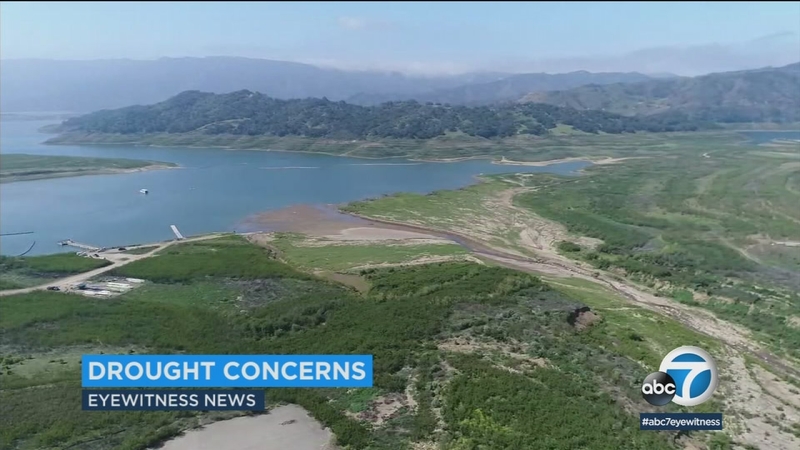 He has had to remove some acreage of his avocado and citrus plants to cut back on water use and is irrigating fewer hours - which is affecting how much he can produce.

"I think anything we can do to bring more water into the lake and to manage the lake differently in conjunction with the city of Ventura and possibly the Calleguas Water District is a valid thing to look at and explore," he said.

Unlike many major watersheds in Southern California, the Ojai Valley and western Ventura depend on local rainfall to replenish groundwater and Lake Casitas. There are several options being considered to increase the area's supply - including two well projects that would tap into the Santa Ynez Mountains and building a pipeline to tap into the water managed by the state.

"Most of Southern California is connected to the State Water Project, and they're looking at how they can become less reliant on it, and now we're looking at how we can connect to it," said Ron Merckling, public affairs water resource manager for the Casitas Municipal Water District.

He said that the area is seeing 50-year lows, and the most important thing the community can do while the proposals are being considered is to conserve.