Mayor Garcetti to continue water restrictions despite end of drought

KABC
By Adrienne Alpert
The state of California declared the drought is over - but don't touch your sprinkler programming. Los Angeles Mayor Eric Garcetti says the city is not easing watering restrictions because the next "drought is right around the corner," and conservation is "the new normal." He made his comments on the latest installment of Ask the Mayor on Eyewitness Newsmakers.

The city of Los Angeles is about to rewrite its own Green New Deal. Garcetti plans to announce an update next month. It will advance the sustainable goals he set out over four years ago and will include not only 100 percent wastewater recycling at the Hyperion Plant, but the phasing out of the three gas fired power plants on the coast. The mayor responds to critics who say this will increase ratepayer bills by saying it will cost more not to have goals of sustainability.

Homelessness continues to be a focus of viewer questions. Even though the city lost another round in court, Garcetti says he's not giving up on efforts to clean up Skid Row. He pointed out that while the court ruling says the city cannot pick up homeless property off the Skid Row sidewalks, it can clean streets everywhere else. He said he plans to sit down with Skid Row with advocates for the 54-block area downtown and try to find solutions for the area.

Although there is an affordable housing shortage, there are thousands of vacancies in Los Angeles. The mayor responded to a viewer suggestion, saying he is willing to consider a tax on empty apartments and to provide vouchers for rent.

Whether it's tunnels or a monorail, Garcetti says the city will soon decide how to get mass transit on the 405 to ease congestion.

"Before I leave as mayor, I dream of a day we'll get through the Sepulveda Pass and not just in bumper to bumper traffic," he said. A tunnel or tunnels under the 405 or a monorail is under consideration.

The mayor discussed two massive projects that have just broken ground. A $5 billion "People Mover" for LAX will be an electric elevated train taking passengers to terminals in the airport loop. It is the city's largest public works project. 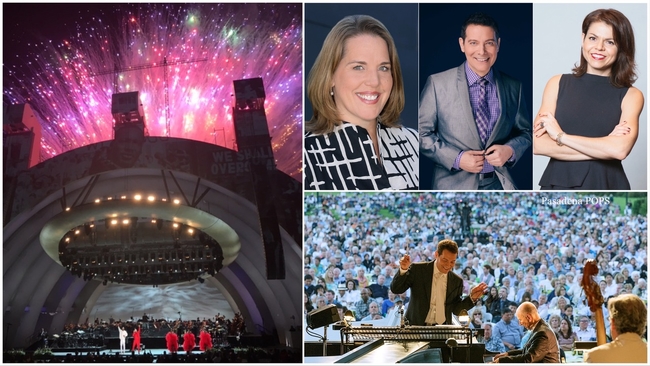 For Hollywood Bowl and Pasadena Pops, the show can't go on 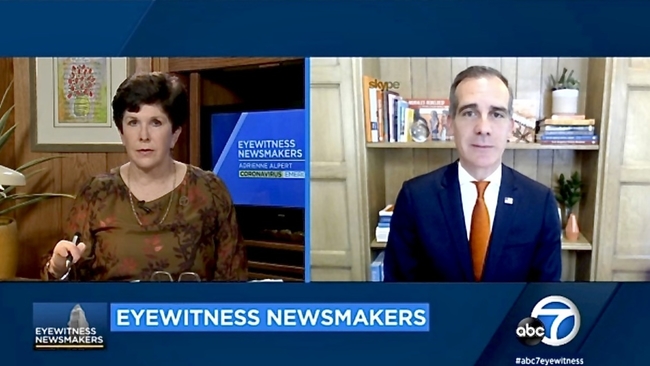 Mayor Garcetti explains how city not under total COVID-19 lockdown 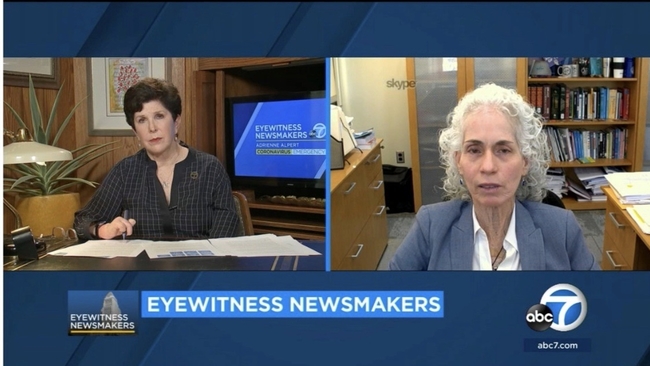 Ferrer says restrictions could come back if guidelines not followed 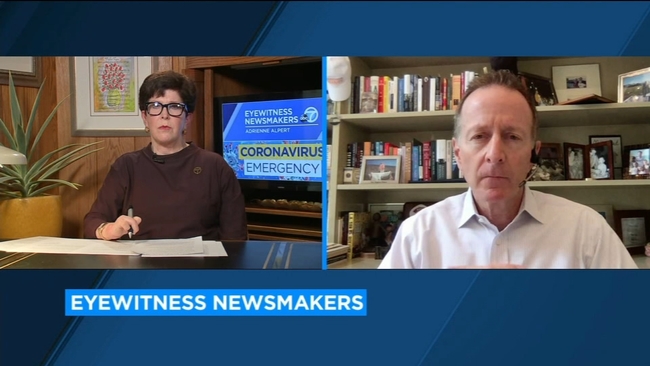