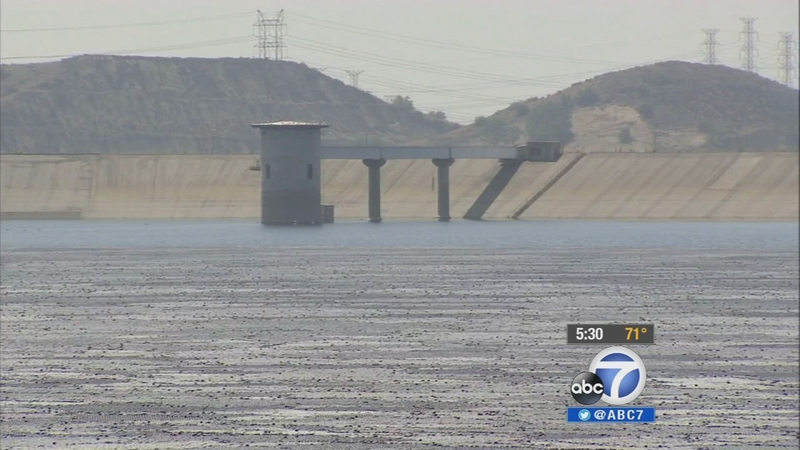 Just over 6 inches of rain were recorded in downtown Los Angeles over the past year -- less than half the normal average of about 15 inches.

"This really is a very serious drought," said Deven Upadhyay, manager of the Water Resource Management Group at the Metropolitan Water District of Southern California.

The previous rain season was even worse - less than six inches. Combined they are the driest back-to-back rain seasons ever recorded in downtown Los Angeles.

"We started to see conditions in 2012 that were a little bit below normal, then 2013 calendar year was the driest year on record for many different areas in the state. And now here in 2014 you're seeing the second year of record dryness," said Upadhyay.

State water officials are trying to figure out how to enforce water regulations.

A number of water users, so called "junior rights holders," which include some municipalities and farmers in Northern California, have been taking water out illegally.

"That is why we have had to take these more strenuous considerations, which would be the emergency regulations, to basically ask those who are taking water now that have the least seniority to immediately stop taking that water," said State Water Resources Board Director George Kostyrko.

Officials are reminding people to conserve, especially outdoor use.

"The water use on your lawn and in your landscaping can be anywhere from 40 to 70 percent of the water that's used around your business or your home, so we need to keep an eye on that," said Upadhyay.

Governor Brown asked the public to cut back on water use by 20 percent.

Officials say tougher regulations are ahead if things don't change for the better.