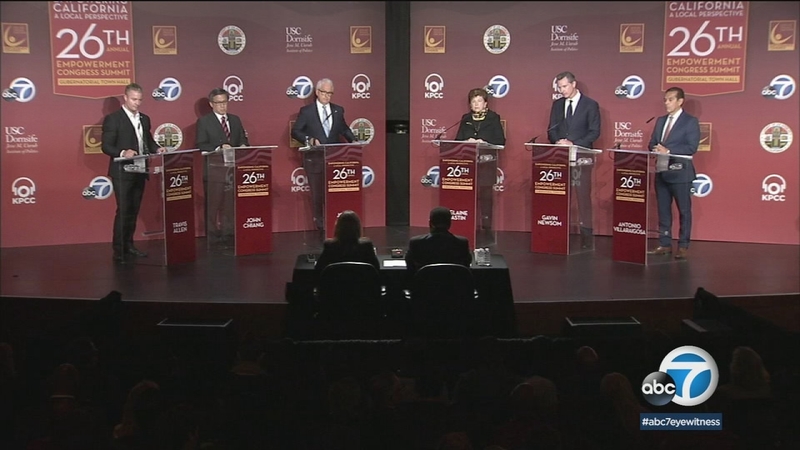 The election is not until November, but on Saturday the public got a chance to hear from all of the candidates for governor.

USC's Bovard Auditorium filled up -- the crowd made up of students, faculty and residents of Southern California.

There have been forums in the past with just the Democrats and just the Republicans but all were on stage Saturday to discuss several issues affecting the state of California.

The meeting was themed "Empowering California: A Local Perspective." Some of the topics in the debate-like meeting included education, homelessness, healthcare and the environment.

Just before the town hall took place, a group was protesting for the shutdown of the Aliso Canyon Natural Gas Storage Facility. The group called on the gubernatorial candidates its immediate closure.

In 2015, it had a major blowout, which was the nation's worst natural gas leak in history. It forced thousands from their homes, some of whom still have medical problems.

Since then, there have been other leaks at the facility and nearby residents and advocacy groups want it shut down for good.