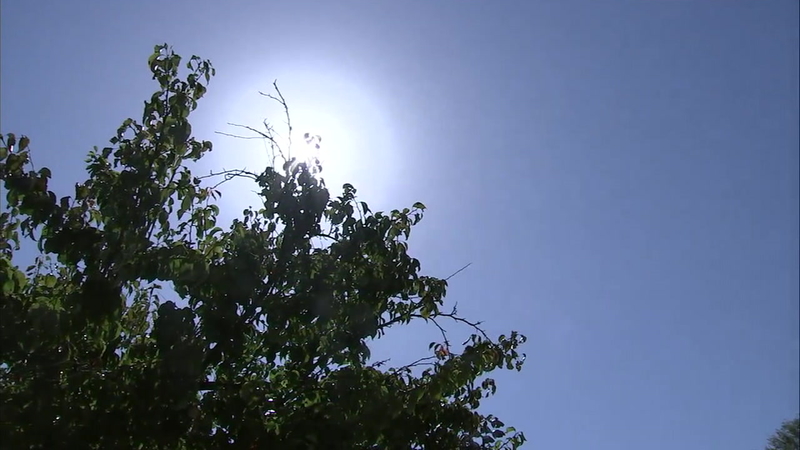 Record temperatures for the date were reached in some SoCal communities Tuesday, from Woodland Hills to Palm Springs.

And things could get even hotter tomorrow. Forecasts are calling for 110 degrees in Woodland Hills on Wednesday, and similar increases in communities throughout the region.

The Riverside County Department of Public Health is sounding the alarm after recent heat-related deaths, confirming that six people have died as a result of heat in July alone.
"Even though the majority of them happened to be elderly individuals who had other health problems, one of them was actually a 37-year-old man who also died," Riverside County Department of Public Health's Dr. Cameron Kaiser said. "I think it's a good reminder to everybody that heat's a killer and we're about to get more of it."

Among records for the date hit in SoCal: Woodland Hills hit 108 degrees, breaking the old record for the date of 107 set in 2006. Camarillo reached 88, breaking its record of 87 set in 2014. Lancaster hit 109, tying its previous record.

And the Coachella Valley community of Thermal lived up to its name, reaching a dangerous 122 degrees, besting its old record of 117 set in 2000.

Elderly people and children face the greatest risk of heat-related issues because they have the most difficulty regulating water in their bodies.

This means they may not be able to sweat as efficiently as they need to in order to stay cool amid the high temperatures.

Kids at the Tom Sawyer Camps Outpost in La Canada Flintridge are keeping cool by playing in sprinklers.

In La Canada Flintridge, however, more than 400 children have been able to stay cool at a local summer camp by using a pool, slip-and-slide and tree shade.

"Hydrate the night before," Garcia said. "Have your kids drink water the day before they're out in the sun. Have plenty of water with you when you go out in the sun and then wear light clothing, big hats with visors and stay in the shade as much as possible."