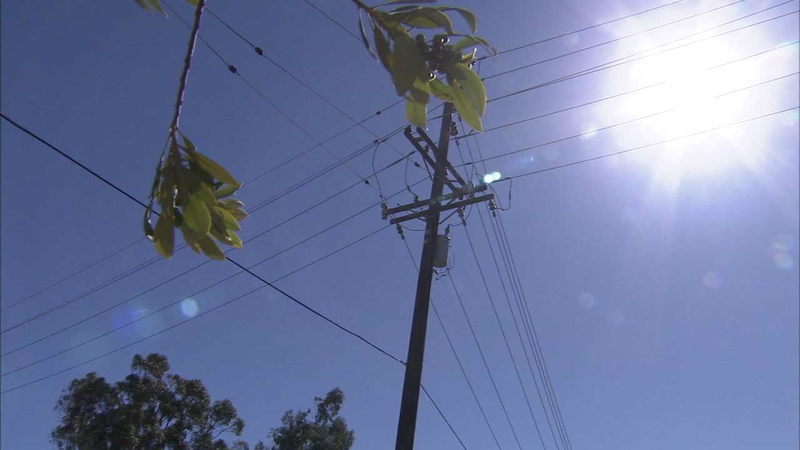 SOUTHERN CALIFORNIA (KABC) -- Southland residents were urged to conserve energy on Monday as the heat wave puts a strain on the state's power grid.

The ISO is asking people to voluntarily conserve electricity. This includes setting your air conditioning thermostats to 78 degrees or higher, turning off unneeded lighting and not using major appliances like washers and dryers.

This will be the first time we will have a major energy supply demand mixed in with the potential strain from the Porter Ranch leak.

Today is expected to be the hottest day of the SoCal heat wave https://t.co/CwapkpSrWB pic.twitter.com/WoQbDEXR7L

"We're concerned about today. There is a lot of energy being consumed by customers throughout the day, and one of the big concern is equipment stress, which we are also seeing," said Steve Conroy with SoCal Edison.

The heat has already been blamed for some of the outages reported by Southern California Edison.