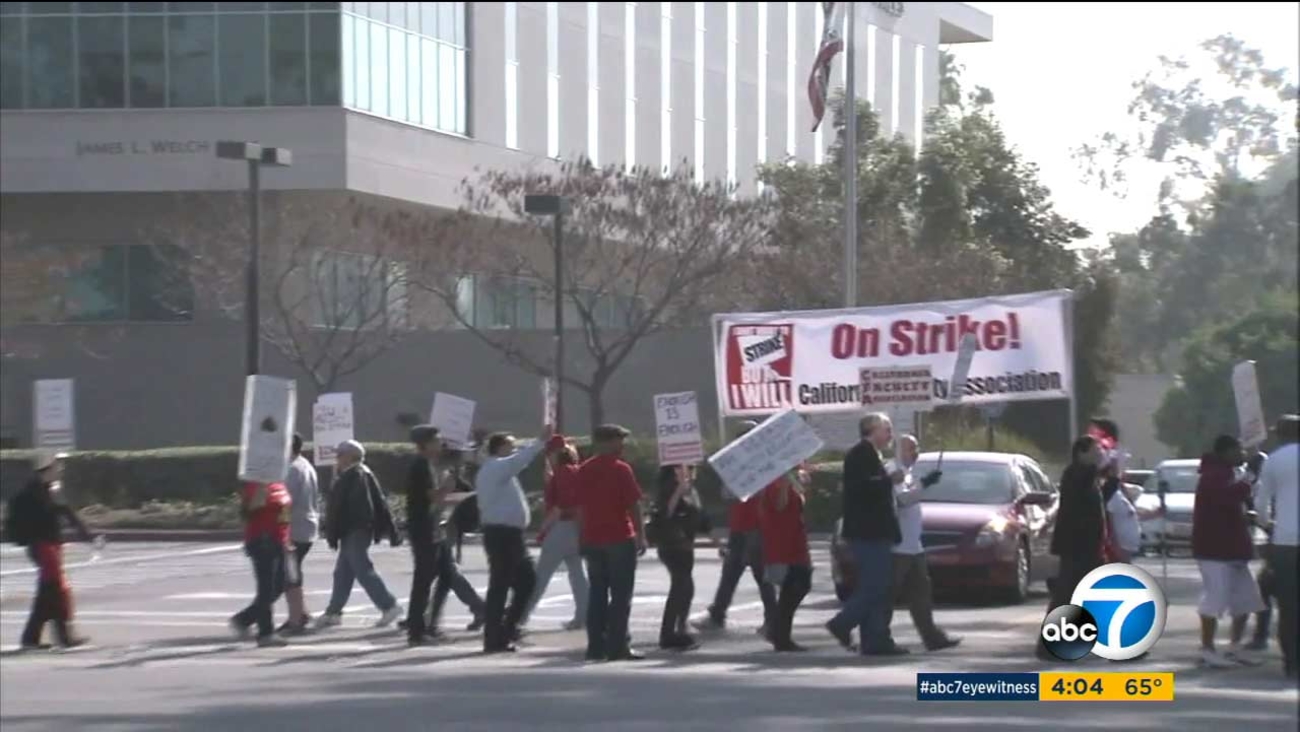 A planned five-day strike by the California State University faculty has been postponed after the union and officials reached a tentative salary deal.

California State University officials and the union that represents campus faculty members say they have reached a tentative salary agreement that has postponed a five-day system-wide strike scheduled to start next week.

The California Faculty Association and the Cal State system said in a joint announcement Thursday that details of the preliminary deal would not be disclosed until Friday.

The two sides announced this week that union and university negotiators had resumed talks and hoped to have their long-running pay dispute resolved within days.

The faculty association has been seeking a 5 percent salary increase for its 26,000 members, while the university previously offered 2 percent.

The union had scheduled a strike for April 13-15 and April 18-19 at all 23 Cal State campuses unless the system met its demands.
Related topics:
union contractcsustrike
Copyright © 2021 by The Associated Press. All Rights Reserved.
More Videos
From CNN Newsource affiliates
TOP STORIES