VIDEO: Car swept up in floodwaters in Santa Clarita 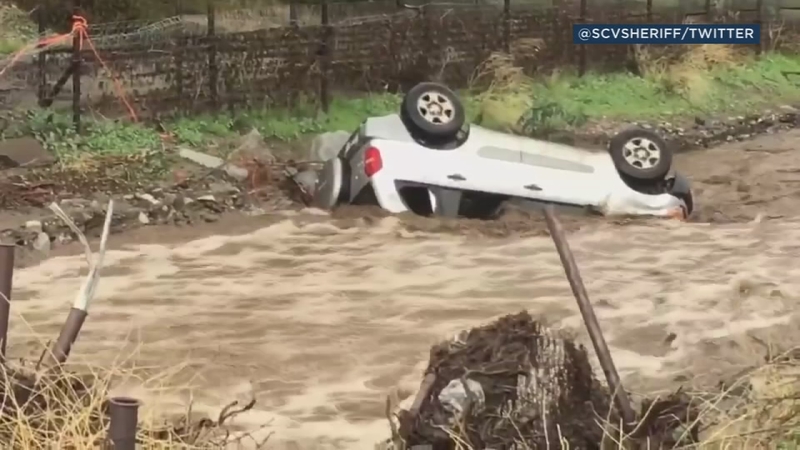 VIDEO: Car swept up in floodwaters in Santa Clarita

The driver in the overturned vehicle was rescued by nearby good Samaritans and was safe, according to the tweets.

Rushing floodwaters swept away a car in Santa Clarita, flipping the vehicle upside down Thursday.

A video taken by witness Krystina Reyes showed her uncle on top of the vehicle as the rushing water brought mud and debris flowing toward the car.

She said he used a rock from the river to break open the window to pull the driver out. Margarito Martinez, the driver, was trying to cross the road when his vehicle was flipped by the strong current.

Martinez is a neighborhood gardener and one of his clients bought him a replacement SUV so that his business will not go under.

"He's worth it. He's a good person, and I'll get it back. God will give it back to me," Dennis Neice said.

Reyes said after the rescue she hugged her uncle thinking that could have been them.

Neighbors said they were also raising money to get Martinez a new phone and other tools for his business.

Road Runner Road was shut down due to hazardous conditions, sheriff's officials said.