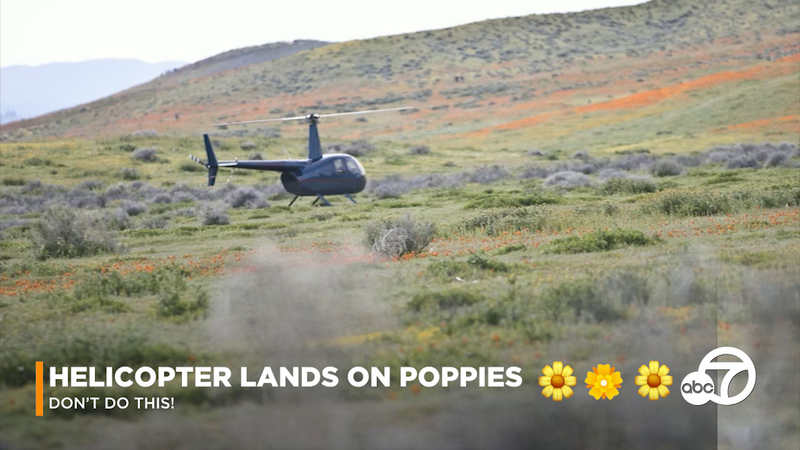 Couple illegally lands helicopter on super bloom poppy field
As Antelope Valley officials cope with an influx of visitors vying to view the super bloom, they're making one rule crystal clear: don't park your helicopter in the poppy fields.

The Antelope Valley California Poppy Reserve said on Facebook that a couple recently landed a helicopter in the middle of the fields and began hiking off trail.

"When our law enforcement staff attempted to contact the couple, they ran back to their helicopter and fled," the post stated.

The federal agency issued the warning because it wasn't confident the company's notifications to its customers were good enough.

If you have it at your house, throw it out where pets and wildlife can't get to it.

LAPD officers pay it forward!
Two LAPD officers had their meals taken care of by an anonymous diner -- so they decided to do the same! They picked up the tabs for several other families craving some In-N-Out.

The department tweeted video of the kind act with the caption "never underestimate the power of a nice gesture."