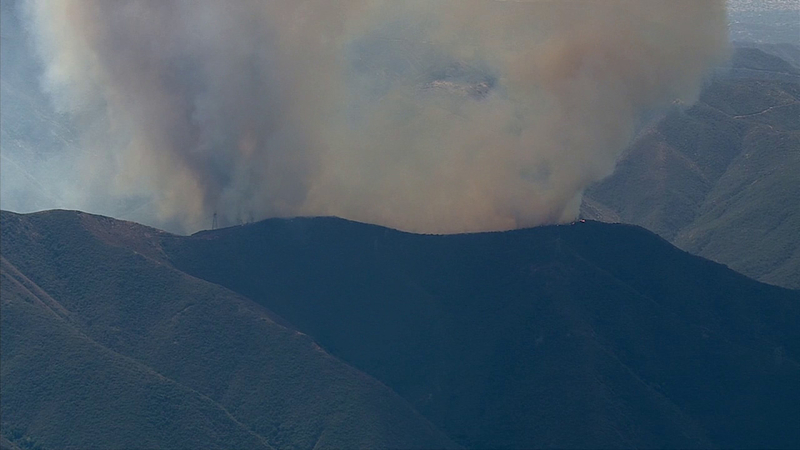 SILVERADO CANYON, Calif. (KABC) -- With the amount of wildfires California has already seen this year, it might come as a bit of a surprise that traditional fire season is just getting underway.

Black hillsides and firefighters cleaning up some burned vegetation are the only remaining signs of the Silverado Fire that burned 968 acres in Silverado Canyon in the Cleveland National Forest earlier this month.

The blaze was another reminder that fire season never really ended in California.

"We're in the third year of a drought, so fuels normally at this time of year are critical," Orange County Fire Authority Battalion Chief Mike Petro said. "We reached that state earlier than we normally would have because of that lack of rainfall."

That's the case all over the state. Right now, firefighters are battling two major fires raging in Northern California.

Now as we enter the traditional fire season, with Santa Ana winds on the way, fire crews are on high alert.

"We're remaining in that vigilant state, there is that heightened awareness, we are concerned with the drought situation, what that means if we do get a fire," Petro said.

According to CalFire, nearly 5,000 wildfires have burned so far this year, that's 1,000 more than the five year average.

They point to the drought. President Barack Obama is pointing at climate change. At the United Nations Climate Summit Tuesday, Mr. Obama and other world leaders made pledges to reduce carbon pollution to curb global warming and hopefully slow the climbing wildfire numbers.

"In our west, wildfire season now stretches most of the year," Mr. Obama said.

While the U.N. hopes to do its part, firefighters are just gearing up and making sure they're ready.

"Firefighting is what it is this time of year, we expect that increase in fire activity, and we're prepared for it," Petro said.