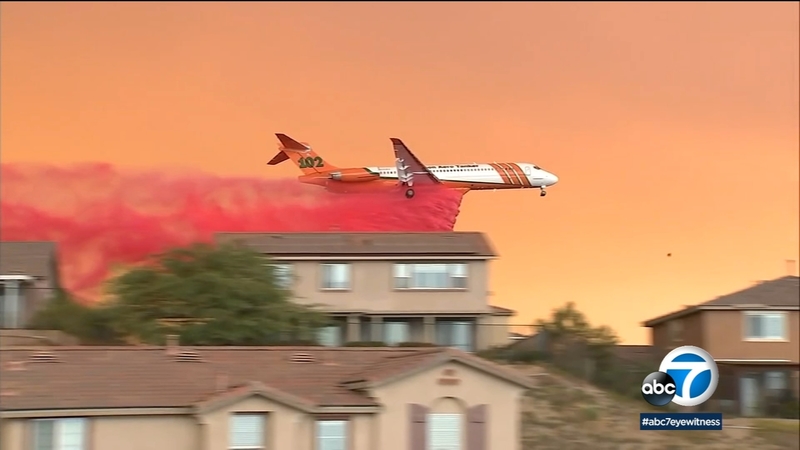 People who live in areas that are considered a higher fire risk are facing an insurance nightmare. Residents are being priced out of their policies or they just can't find a company to insure them.

On windy days, much like it was three years ago, Beth Quintana remembers the fire that changed her life.

"Three years ago, this whole hillside was completely in flames," Quintana said.

The Holy Fire burned through 23,000 acres in August 2018. Now, Quintana says she is struggling to find insurance for her Lake Elsinore home that she can afford.

"We got notice from our insurance agent that we were being canceled due to it being a fire risk now," she said.

The number of people dropped by insurance companies increased 31% between 2018 and 2019.

The new documentary "Mountain Strong: Surviving the Creek Fire" is a comprehensive look at one of the state's most significant natural disasters and how a community is coming together to build from the ashes.

About two-thirds of those dropped are in moderate and very high fire hazard severity zones. Some insurers simply don't want to write new policies in the state.

"We are seeing insurers pulling out of the market, limiting their exposure to risks," said Valerie Brown with United Policyholders.

United Policyholders is a nonprofit agency that tried to provide information for homeowners to be able to get insurance.

"People are increasingly getting priced out at the market if they can find insurance and a lot of it is predicated on what's called their fire wise score," Brown said.

That score is changing. As the state battles wildfire after wildfire, fire zones are being re-drawn. Homes that were once before in a low risk area are now in a high risk area.

"What are the algorithms that are being used to determine what that fire risk score is? So people were just getting canceled because of these fire risk scores without getting any sort of transparency or any logic of how they were able to determine that," said Ricardo Lara, State Insurance Commissioner.

"We want the rates to reflect the risk of where people are living," Lara said.

Lara also imposed a one-year ban that prevents insurance companies from dropping homeowners in areas affected by the Dixie Fire and other fires this year in Northern California.

However, some people have to buy coverage from the California FAIR Plan. It's provided by the state but currently only covers wildfire risk. You then have to add it to your own regular homeowner's insurance.

"California FAIR plan I guess, if you're in a fire risk area it's in addition to your insurance, and it can get costly," Quintana said.

The FAIR plan will soon have to expand its coverage to include more than just fire insurance after a judge upheld such an order by Lara over the summer.

Insurance experts say homeowners should mitigate fire risks around their homes to avoid getting dropped and to keep rates from rising. Lara is trying to work with insurance companies.

"It also gives some reprieve to the insurance companies to re-look and refocus on your property, on your community and say OK they brought down the risk community-wide. Let's see what are the things we can offer," Lara said.