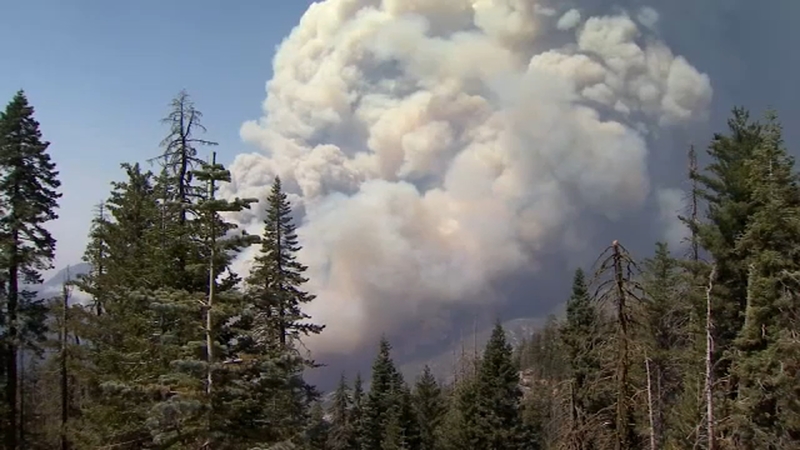 Gov. Gavin Newsom detailed more of California's wildfire preparedness plans and his $2 billion proposal to bring on more firefighters and equipment to battle fires this summer.

The governor wants to spend $2 billion, with $1.2 billion being used on wildfire preparations, as part of his $100 billion economic recovery plan.

The funding would be used to purchase new firefighting C-130 helicopters based on the military's Black Hawk, which officials say fly faster and safer.

CAL FIRE officials said that while forest management and prescribed burns will be helpful, the state will need to build up its capacity.

"Not every piece of California is not ready for prescribed fire yet. There are a lot of areas that are over-grown, a lot of areas where it's not safe to put fire on the ground under any circumstances. That's why firefighting will continue to be a very important mechanism in our landscape," said CAL FIRE Chief Thom Porter.

Porter added that the state and CAL FIRE are hoping to build partnerships with private landowners to allow fires to burn in some areas.

"Right now, we cannot just make decisions to allow fires to burn because we don't know if that fits into their land management strategy and their rights," Porter said.

Around $800 million will be used for emergency preparations for other hazards, like earthquakes.

His proposal comes after California saw an unprecedented wildfire season last year. Approximately 4 million acres were scorched, devastating communities up and down the state.

With temperatures warming, firefighters have said they're prepared for what could be another intense wildfire season this summer.

Much of California is facing severe drought conditions, with 41 of the state's counties now under a drought emergency due to a lack of snowmelt.

In late March, less than one-third of California was suffering extreme or exceptional drought. Now more than 73% is, according to the National Drought Monitor, which is based on precipitation, temperature, soil moisture and streamflow measurements. A year ago, heading into the record-smashing 2020 fire year when more than 4% of California burned, just 3% of the state was in extreme or exceptional drought.

California's Central Valley is no stranger to drought, and because of that, farmers and scientists are joining forces to figure out how to get by with less.