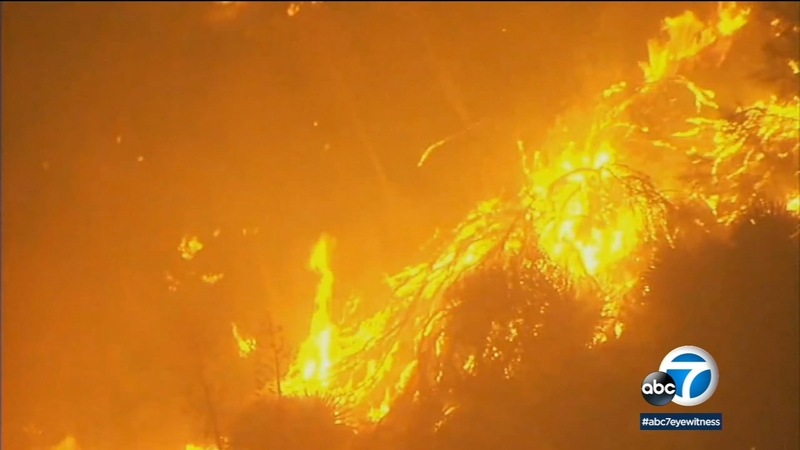 One La Cañada Flintridge resident says it's a good idea. Brian Grennell says flames in a recent fire came close to his home.

"We had ash on our cars and our driveway," said Grennell. "And it made me feel like I have a fair chance of losing all the contents of my house."

The request comes after a disastrous 2020, in which more than 9,900 fires burned 4.25 million acres, killed 33 people and destroyed thousands of homes and other buildings.

"Nowadays, fire season is really year-round," said Capt. Erik Scott of the Los Angeles Fire Department. "Now, historically it intensifies June through December, that's when we get the hot dry conditions, but it's most critical when the Santa Ana winds come in the fall months."

One man says his home gets hit with powerful Santa Ana winds and thinks the fire season is earlier every year.

"It's gotten a lot drier. These are high-wind areas that shoot through this valley, through the Crescenta Valley," said local resident John Puglisi. "But it seems like fire season has gotten more intense and is a little bit earlier than it usually was."

The letter from the California congressional members did not provide details regarding exactly how many permanent firefighters they are asking for or what costs of such a move would be.

However, senators argued that having a full-time federal firefighting force could save money over the long run.