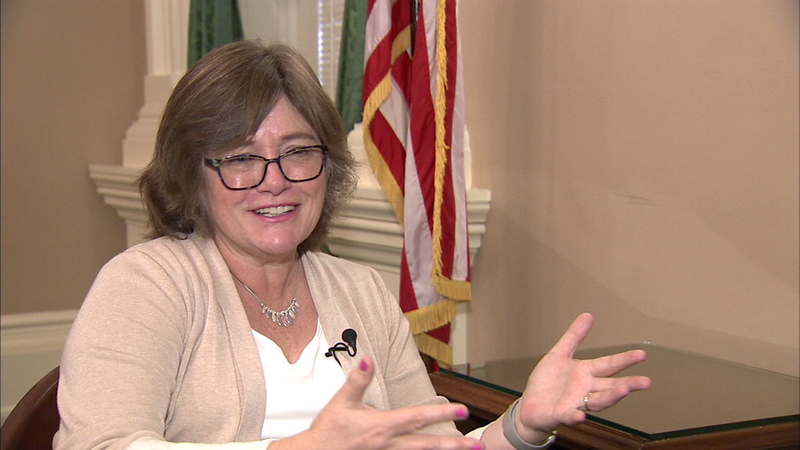 Jones is that very rare scientist who is adored for her commitment to her craft and unintentionally became a bit of a celebrity. She is famous for her knowledge.

At any given moment, disaster can strike the Southland. Residents have seen it and felt it - from water to fires to earthquakes.

Whenever an earthquake strikes, Jones has been there for residents. For years, she has told us what is happening and how bad it is, providing the science behind it all.

Now she is retired from Caltech and is an author, putting her vast knowledge into a book called "The Big Ones."

"So each chapter, I tell the story of a different catastrophic disaster in human history, starting from Pompeii 2,000 years ago up through the 2011 great east Japan earthquake and tsunami," she said.

She reminds people of disasters long forgotten - such as a volcano in Iceland that killed millions. And the worst disaster in California history, which bankrupted the state.

"I look at what happened, use my ability to explain science simply to help people see it as a scientist would but then also look at what it tells us about human nature," she said.

We often say disasters bring out the best in us, but she has found that hasn't always been the case.

"It's pretty disturbing really looking at the depth of racism in the United States and how it played out in both the 2017 floods and in Hurricane Katrina. It was hard to look at the ugliness of human beings," Jones said.

It's an honest examination and shows where we have been as well as where we're headed.

"Remember the 2011 tsunami, we were watching in real time as the tsunami moved over the Sendai plain. We have a more visceral connection to these disasters elsewhere in the world. That allows us to believe that we are also at risk and that it's worth acting on," she said.

By "acting," Jones means do something now, such as build better buildings, before the disaster strikes as opposed to reacting afterward.

"What I hope people get out of this is to recognize the inevitability of these disasters, but also empowering them to do something about it," Jones said.

Despite being retired, Jones is quite busy. She has a nonprofit called The Dr. Lucy Jones Center for Science and Society. She also speaks at public events.

She is holding talks about "The Big Ones," and if you would like to see her schedule and attend one of them, you may go to drlucyjones.com/appearances/.
Report a correction or typo
Related topics:
sciencecaliforniaearthquakeexclusivebooksfloodingdisaster reliefdisastertechnologytsunamiu.s. & world
Copyright © 2022 KABC Television, LLC. All rights reserved.
TOP STORIES
3 killed, at least 6 injured in multi-car crash in Winnetka
Heat from Woodland Hills building fire detected from space, NWS says
Man killed in Jefferson Park shooting after intervening in argument
4th of July fireworks in Southern California: Where to watch
Hip-hop dance icon Bruno 'Pop N Taco' Falcon dies at 58 in SoCal
Burger King worker goes viral; more than $320K raised on GoFundMe
16-year-old girl wounded in Long Beach shooting
Show More
Grand Park 4th of July Block Party returning after 2 cancellations
Newsom targets GOP in Florida ad: 'Join us in California'
Jayland Walker was unarmed when 8 Ohio officers opened fire on him
Motive likely not terror-related in Copenhagen mall shooting
Nonprofit turns 4th of July tradition into way to help veterans
More TOP STORIES News