WEST HOLLYWOOD, Calif. (KABC) -- YouTube star Calum McSwiggan has been charged in connection with an incident in West Hollywood, where he claimed he was attacked outside a gay nightclub in June.

Prosecutors on Thursday charged McSwiggan with one felony count of vandalism exceeding $400. He had previously been charged with one misdemeanor count of filing a false report to a peace officer related to the same case.

McSwiggan, who is known for his LGBT YouTube channel, says he was brutally assaulted by three men after leaving The Abbey on June 27.

Sheriff's deputies responded to the scene after McSwiggan called 911. However, deputies could not substantiate the assault claim, saying they could not find any visible injuries on McSwiggan.

Moments later, deputies arrested the 26-year-old for allegedly vandalizing a nearby car. According to the felony complaint from the district attorney's office, McSwiggan allegedly damaged the car mirror and bumper.

The complaint also alleges that McSwiggan falsely reported to authorities that he had been beaten by the vehicle's driver and two other men.

Following his arrest, McSwiggan was booked and placed in a cell alone at the West Hollywood station, where authorities say they saw him injuring himself with the handle and receiver of a payphone inside the cell.

He was taken to a hospital for treatment. McSwiggan later posted a photo of himself on Instagram, saying it was the worst night of his life.

McSwiggan has pleaded not guilty to both the vandalism and false report charges. He faces a possible maximum sentence of three years and six months in county jail if convicted as charged, authorities said.

The case remains under investigation by the Los Angeles County Sheriff's Department. A preliminary hearing is scheduled for Nov. 7. 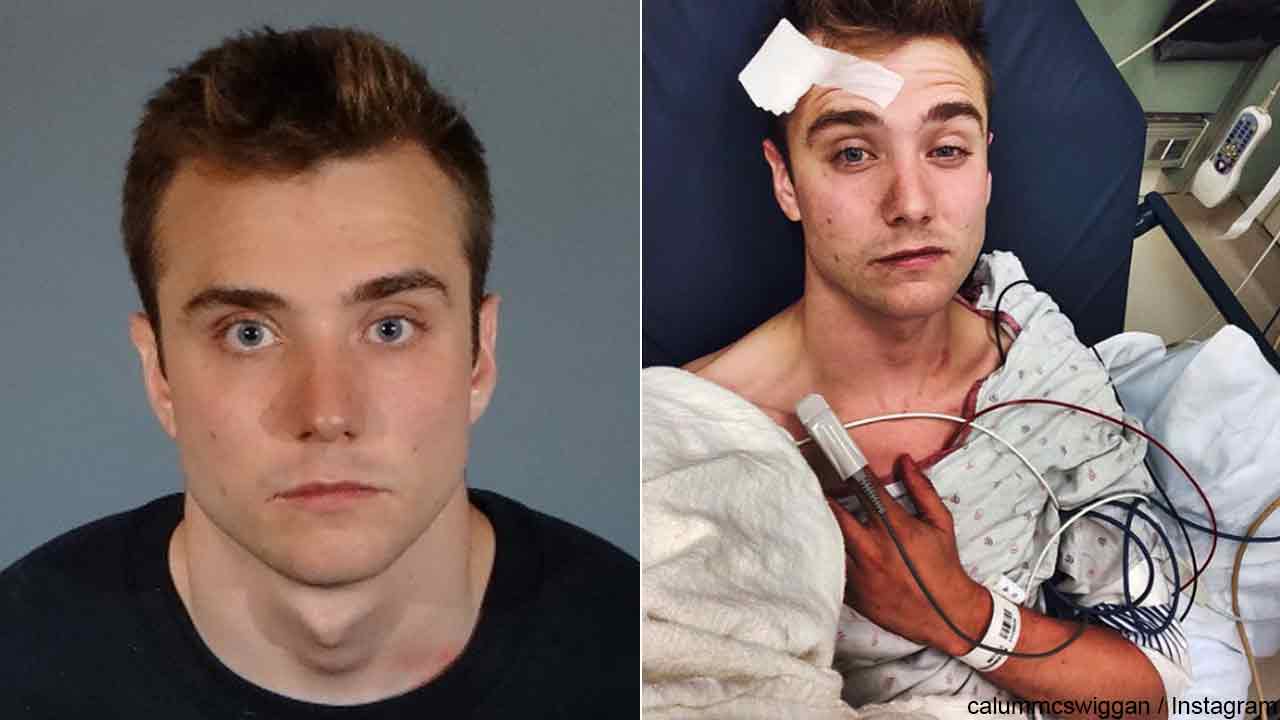