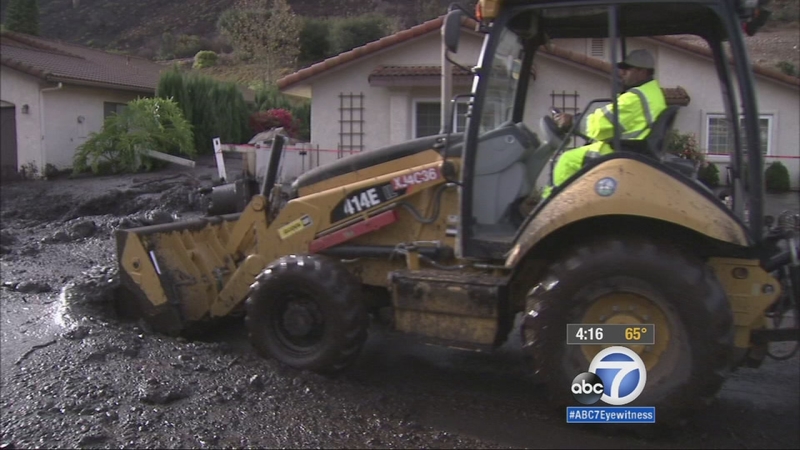 CAMARILLO, Calif. (KABC) -- An evacuation order was lifted for a Camarillo Springs neighborhood after mud and debris flowed through the area overnight.

Residents were ordered out of their homes shortly before 12:30 a.m., according to Capt. Mike Lindbery with Ventura County Fire. The evacuation was lifted around 7:30 a.m. Saturday.

Eleven homes on the 6400 block of San Como Lane were affected by the evacuation. One residence was red-tagged, and another received minor damage.

One resident was stuck up to his waist in mud inside his home. Firefighters used chainsaws to cut through the front door to pull the man out. His wife needed saving too.

"I rescued her. I pulled her across the street. She was stuck in the mud. It pushed her out of her living room," neighbor Walt Johnson said.

Officials said the man and his wife are OK, but their 5-year-old Dachshund named Tinkerbell may have died. They say she may have been crushed by the mud inside the house.

Some of the evacuees took refuge at a nearby Red Cross shelter.

The debris flow hit the area that was burned last May in the Springs Fire, which scorched approximately 25,000 acres.

Authorities said the mud flow was caused by a clogged drainage canal. Crews said they hope to finish the cleanup by Monday.

Rain hit the Southland late Friday. Ahead of the storm, an evacuation advisory was issued for Orange County's Silverado Canyon burn area due to the potential for flooding and debris flow. That advisory was lifted early Saturday morning. 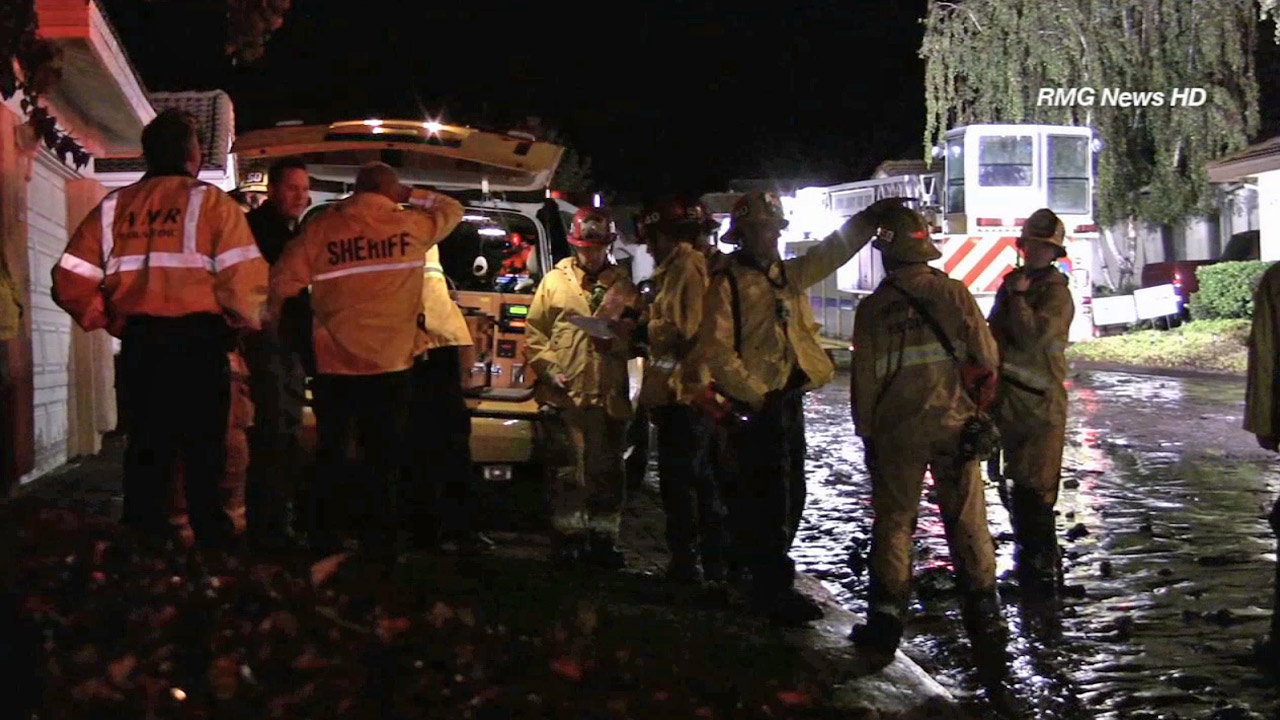