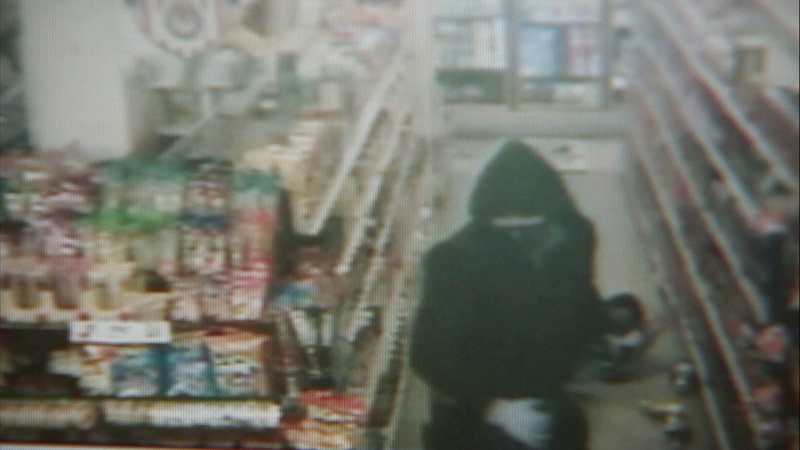 CAMARILLO, Calif. (KABC) -- A manhunt is on for a suspect in a violent robbery at a family owned business in Camarillo.

It was about 9:45 p.m. on Mother's Day when an armed suspect charged into a convenience store demanding money. The terrifying robbery was caught on camera.

"He told me, 'Open the register,' which I opened, then I gave him the money," said Bawandeep Singh, the cashier and store owner.

After snatching the cash and the cashiers' wallet, you can see the suspect suddenly attack a customer standing nearby.

"He said he was unconscious when he punched him on the face and then on the shoulder," Singh added.

He was also stabbed multiple times on his arms and hand.

The store owner said in his six years at the location, he has never before been through anything like this.

"At this point, we're reaching out to the public for help," said Garo Kuredjian of the Ventura County Sheriff's Office. "The suspect is a Hispanic male, 5 foot 6 to 5 foot 8, heavy about 170 to 190 pounds."