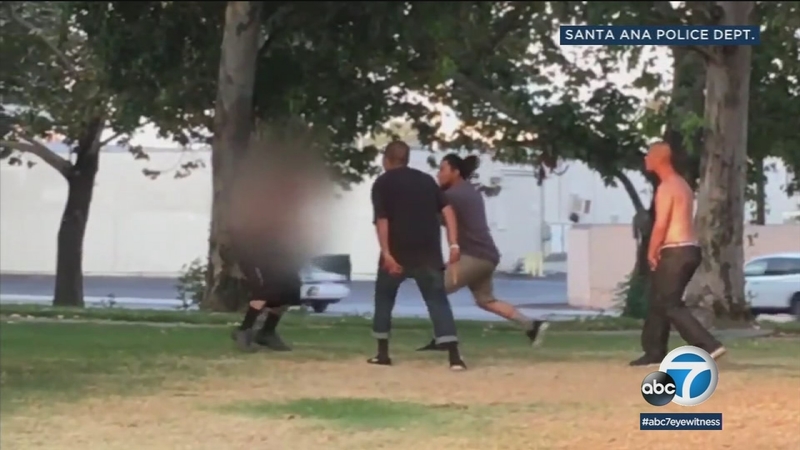 Cameras being placed at selected OC parks to deter crime

SANTA ANA, Calif. (KABC) -- Drugs, crime, gangs -- those are just some of the problems plaguing Santa Ana parks, so the city is putting in cameras to try to put a stop to them.

People in Santa Ana are reacting to the city's new security measure at some public parks. The City Council recently approved the installation of cameras at seven park locations.

"You can't guarantee there's going to be a police officer there, capturing whoever is doing some bad behavior. The cameras will be there to help prosecute," said Executive Director of Santa Ana Parks and Recreation Gerardo Mouet.

Mouet said the project will cost about $1.2 million, funded mostly by grants and cell tower money.

He said the action was spurred by residents voicing concerns about crime and gang activity at some of the parks.

"The community has been asking for this, and I think it's going to be a very big plus, to just keep a very healthy, wholesome environment in the parks," he added.

The video feeds will be monitored by the police department, which already has more than 300 cameras in the city.

Jerome Park was picked for the project, a move resident Sylvia Salgado is happy to see.

There are 50 parks in the city, and while all of them won't get cameras, others, like Centennial, are getting new, brighter lights to also help deter crime. In August, a man was nearly beaten to death with a skateboard and hammer at the park.

"If you have more lighting and stuff, you tend to have less problems with crime and stuff like that," resident Servando Franco said.