Living with epilepsy: Local family takes challenges one day at a time 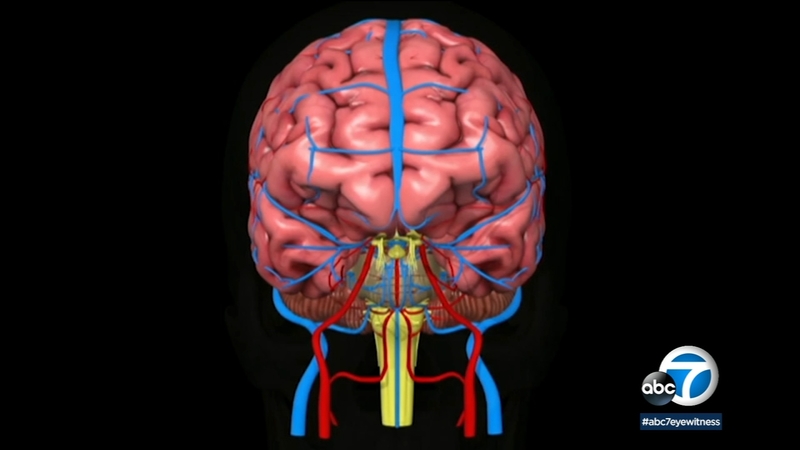 Living with epilepsy: Local family takes challenges one day at a time

LOS ANGELES (KABC) -- A family spokesperson for Cameron Boyce says the Disney star suffered from epilepsy, and that his tragic passing was due to a seizure as a result of it.

It's a condition that experts say 1 person in 26 will develop at some point in their life.

Maria Jimenez's son, 28-year-old Austin Garcia, was diagnosed with epilepsy, and the news of Boyce's tragic passing was a shock that weighed heavily on her mind.

"Something just told me - he had an epileptic seizure," Maria said.

And even before family members confirmed the young actor had epilepsy, Maria said she had a sense of their family's nightmare was because it's the same fear that keeps her up at night.

Maria keeps a close eye on Austin, who also has autism.

"It's scary. Every night, I mean, he does snore, which in a way - is good, because I know he's breathing and is alive," she said.

Epilepsy is the underlying tendency of the brain to produce sudden abnormal bursts of electrical energy that disrupt other brain functions and cause seizures.

Seizures are a disruption of the electrical communication between neurons.

Sudden unexpected death from epilepsy is fairly uncommon. It affects about one in 1,000 people who have epilepsy.

The Epilepsy Foundation says while seizure medicines are the mainstay of epilepsy treatment, there are other approaches to think about too.

And they've got lots of resources for people who may have been recently diagnosed.

But even with the most compliant patient, medication can't prevent all seizures.

But his mom Maria refuses to take anything for granted.

"I pray a lot. I bless him every night. Because life is so precious, as we all know. So I just count each day as a blessing."
Report a correction or typo
Related topics:
health & fitnessillnesscircle of health
Copyright © 2021 KABC-TV. All Rights Reserved.
CIRCLE OF HEALTH
Brain injury survivor becomes 1st to receive transparent skull implant
New research on 'micro-clots' could be key to preventing COVID deaths
J&J booster shows promise, but could mixing vaccines be even better?
What FDA approval of Pfizer's vaccine means in the fight against COVID
TOP STORIES
Dodgers beat Atlanta, narrow NLCS gap to 2-1
Ex-Olympic boxing champ pleads no contest for molesting 2 girls
SF In-N-Out shut down after defying COVID vaccine mandate
All counties in California now under drought emergency declaration
2 men dead after fire at Canoga Park marijuana grow operation
LGBTQ+ pioneers among those featured at ONE Archives at USC
Mark Ridley-Thomas to surrender Wednesday ahead of arraignment
Show More
Record number of container ships waiting to enter SoCal ports
Taco Bell is giving away free breakfast burritos
Megan Thee Stallion and Popeyes make 6-figure donation to charity
Facebook paying fine to settle lawsuit on discrimination
Wanted: 80,000 truck drivers to help fix the supply chain
More TOP STORIES News