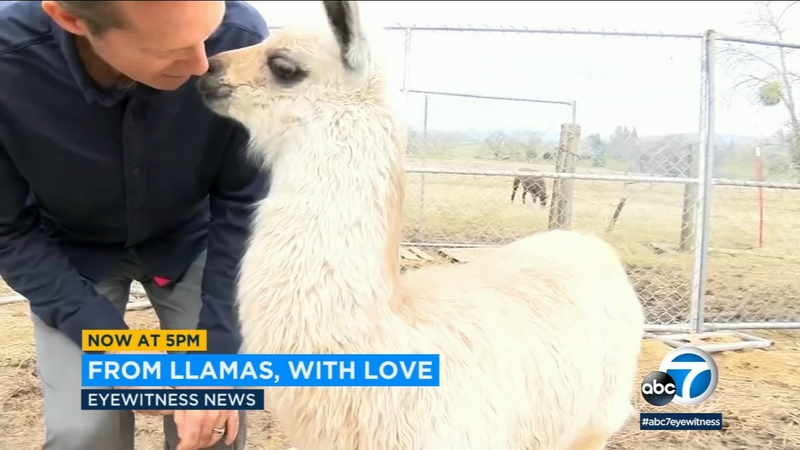 NORTHERN CALIFORNIA (KABC) -- Llamas who were left behind during the Camp Fire in Northern California came out of the tragedy with a happy ending.

A couple in Butte County had to leave behind their five llamas when they were evacuated as the massive blaze closed in. When they finally returned, they not only found that their llamas were OK, but that a couple had been a little busy.

One llama was pregnant and she gave birth last month to the fluffy little baby.