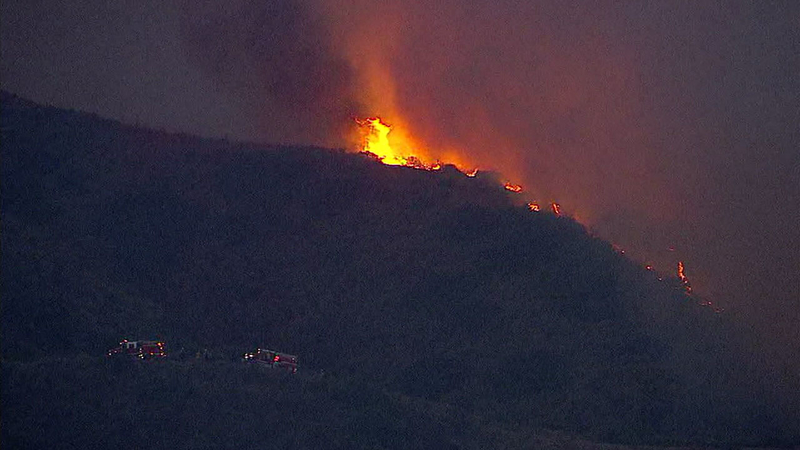 The fire began moving west and threatened homes near the memorial park. While homes appeared to be threatened by the fire, evacuation orders had not been issued, according to the OCFA.

By 10:45 p.m., firefighters had stopped the forward progression of the fire and were working to keep it contained.

The city's emergency operation center issued an alert that said no evacuation orders would be issued, but authorities were keeping an eye on the situation.