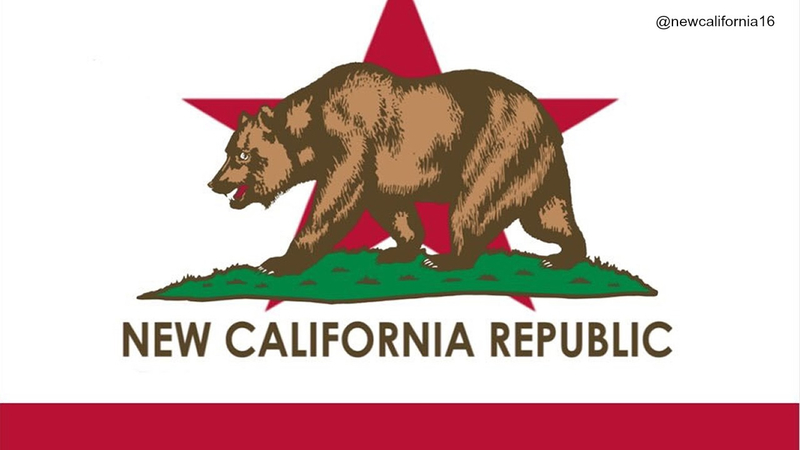 SAN FRANCISCO -- Some Californians are trying to secede from the United States in a movement dubbed, "Calexit," and they say Donald Trump's election has given their cause new momentum.

The movement is led in large part by Shervin Pishevar, an early investor in Uber. He's funding a campaign for the Golden State to secede from the union.

Pishevar, who hosted a fundraiser for Clinton in July, resigned from the J. William Fulbright Foreign Scholarship Board.

He tells President Barack Obama that he, "cannot serve President Trump with a good conscience."

1/With my resignation from Fulbright Board, I ask everyone of conscience to boycott the Trump Presidency and resign their political posts.

"If anybody would be able to do it, it would be California. It's the sixth largest economy. It's relatively self-sufficient int hat we can provide most of our food and most of our own labor," said Holland.

Shervin Pishevar told me that the chances of a California secession are "very high."https://t.co/4HvERQSJVU

But there is push back. Some say Pishevar and his tech supporters should focus on working to improve and not leave the United States.

1/ If Trump wins I am announcing and funding a legitimate campaign for California to become its own nation.

3/It's the most patriotic thing we can do. Country is at serious crossroads.
We can reenter the union after California becomes a nation.

4/As 6th largest economy in world, economic engine of nation, provider of a large % of federal budget, California carries a lot of weight.

5/We need to have serious national dialogue about our culture, values & rampant sexism, racism and hate that Trump campaign has exposed.

6/ Calling for a temporary withdrawal of support during the dark Trump Presidency. Re-entry after a constitutional convention convened.

Blatant racism and many other threats. Just follow my timeline. https://t.co/uKKWRTU204