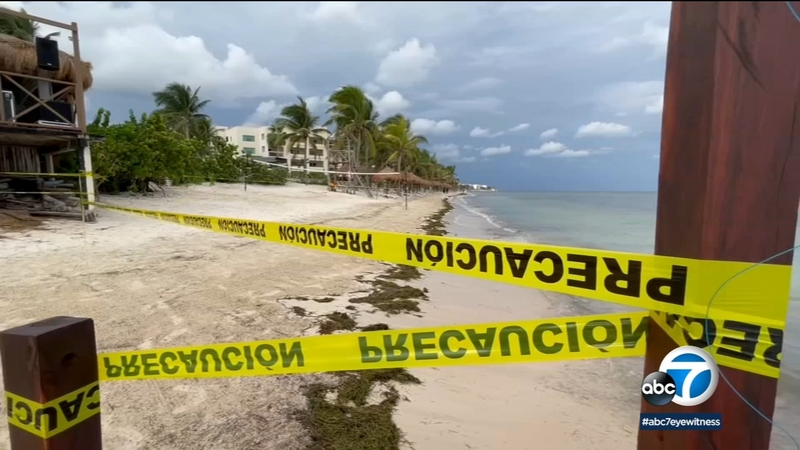 MEXICO CITY -- Mexico will deploy a battalion of National Guard troops to its Mayan Riviera in the wake of a spate of shootings that have put the crown jewel of the country's tourism industry on edge.

Defense Secretary Luis Cresencio Sandoval, speaking Wednesday in Cancun, said that 1,445 guard members will be sent to Quintana Roo state's Caribbean coast to reinforce the region's security. The deployment will include the establishment of a base in the beach town of Tulum, where two foreign tourists were killed and three wounded Oct. 20 in the crossfire between drug dealers.

He said the Navy would contribute an additional 100 elements to the effort and increase intelligence gathering efforts in the area.

The additional security will begin operations by Dec. 1, Sandoval said.

Four Americans were injured during an attack on Thursday when a group of drug gang gunmen stormed ashore at a beach in Mexico and executed two drug dealers from a rival gang, ABC News confirmed.

"That can't happen again," President Andrés Manuel López Obrador said. "We have to avoid that happening. That's why there's this plan to reinforce security."

Mexico has continued to struggle with stubbornly high levels of violence through the first three years of López Obrador's administration. He has been criticized for his heavy reliance on the military rather than reformed policing, while also insisting that a previous strategy of pursuing drug kingpins was mistaken.