LA's Candy Cane Lane losing some of its sweetness 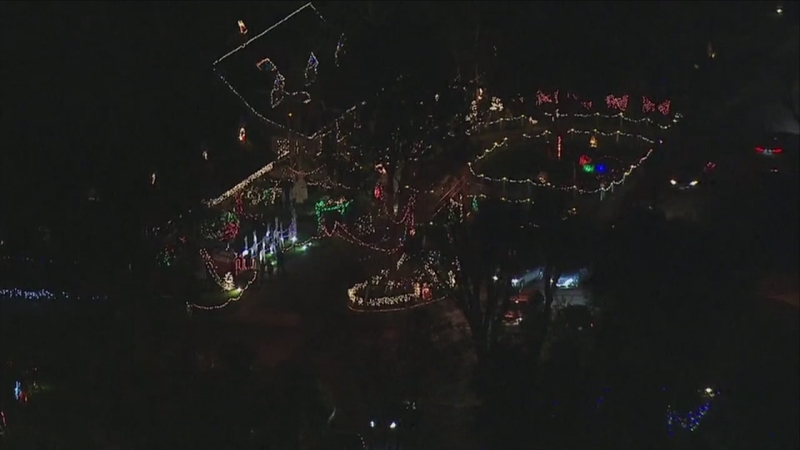 LA's Candy Cane Lane losing some of its sweetness

WOODLAND HILLS, LOS ANGELES (KABC) -- The official name of the Woodland Hills neighborhood wedged between the 101 freeway and Oxnard Street is College Acres.

But during the month of December, most of Los Angeles knows it as Candy Cane Lane.

It's a community where dozens of homeowners celebrate the holiday season with elaborate and sometimes expensive Christmas displays.

That may be changing though.

Homeowners here say many of their neighbors are threatening to pull the plug on their holiday decorations this year, dismayed by growing problems caused by the large crowds of people who flock to the community to check out the lights.

"There are definitely some people who are going dark," said Matthew Wright, an eight-year resident of the neighborhood. "They may come back if they see people respecting the area and the hard work that goes into it."

Wright and other neighbors say over the past several years visitors have left piles of trash behind, vandalized and even stolen some of the displays.

"A friend of mine had several things stolen from her yard and there's been some property damage," Wright said. "I'm not on board with shutting it down, but I understand why they would do that."

But despite all the lights, there is a dark side to Candy Cane Lane - one filled with trash, traffic and vandalism.

And on behalf of the homeowners here, there's plenty of frustration.

William Mickey Stevenson has seen more than 15 holiday seasons at his Candy Cane Lane home. His main beef is the amount of traffic created by the displays. Stevenson said at the peak of the holiday madness it can take an extra hour to go the few blocks from the freeway to his house.

But he says he's willing to put up with the hassle just to see local families enjoying themselves.