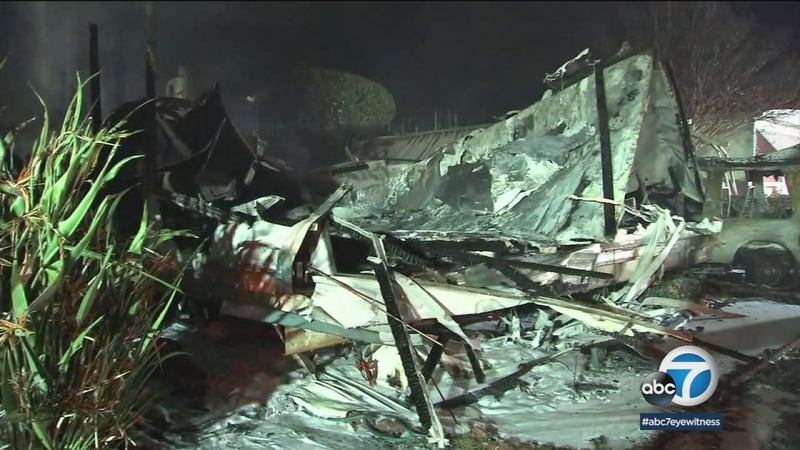 Firefighters arrived at the 8900 block of Eton Avenue at 8:31 p.m. Monday to find a mobile home fully involved in flames. At least one vehicle was also on fire.

Residents said they heard a large explosion and some took video of the massive flames erupting from the home.

"I went outside and there were flames shooting up from the top of this house, and I mean shooting up. I'm going, oh my god," resident Jan Hollander said.

Neighbors added that the elderly couple told firefighters the blaze had started in their bedroom. They escaped unharmed along with their dog.

Firefighters sent helicopters to monitor the situation from the air and watch for flying embers starting additional fires.

Los Angeles Fire Department officials said their firefighters had to deal with the hazard of exploding ammunition and oxygen containers at the site as they struggled to extinguish the flames. It took 92 firefighters 44 minutes to knock down the flames.

The home was considered a complete loss. No injuries were immediately reported.

The Red Cross was notified to help displaced occupants of the home, who are both in their 80s.