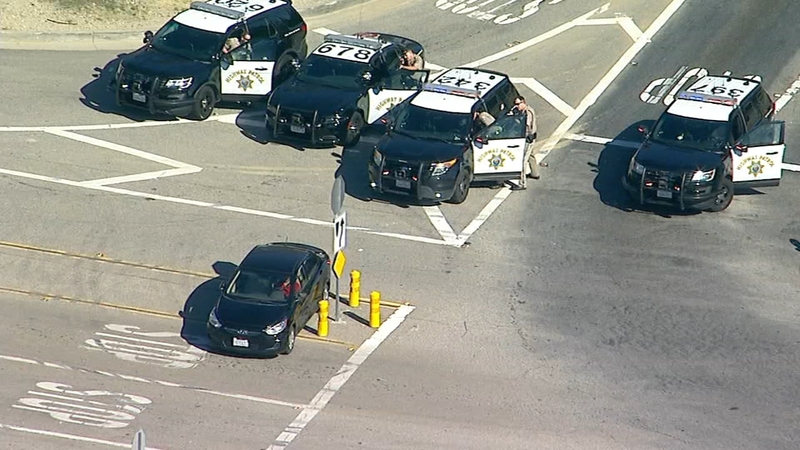 CANOGA PARK, LOS ANGELES (KABC) -- A woman was taken into custody in Canoga Park on Tuesday afternoon after leading California Highway Patrol officers on a chase through the San Fernando Valley that reached speeds of up to 115 mph.

The driver of a dark-colored sedan was apprehended without incident after she made her way from Chatsworth to a parking lot of a tire shop near the intersection of Topanga Canyon and Victory boulevards shortly before 1:30 p.m.

She was suspected of erratic driving and unsafe speeds, according to authorities.

At one point during the pursuit, CHP patrol vehicles backed off and went into to tracking mode, apparently due to the dangerous speeds that the car reached while traveling on the 118 Freeway.

A Highway Patrol helicopter continued to follow the suspect from overhead.