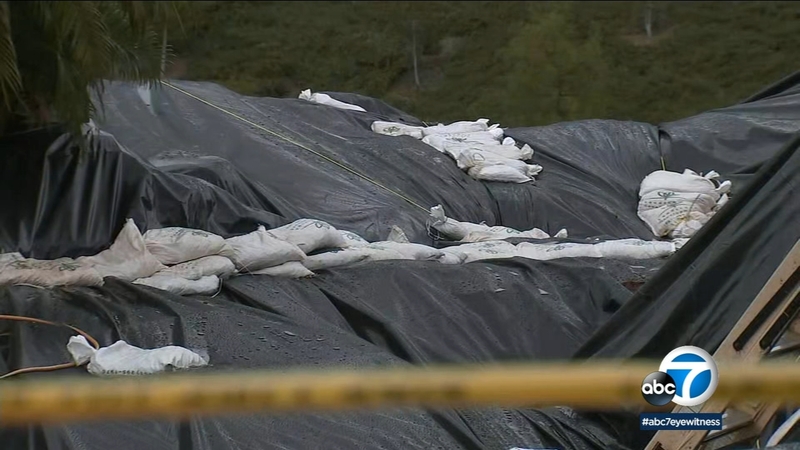 CANYON COUNTRY, SANTA CLARITA (KABC) -- Several residents in a Canyon Country neighborhood were worried and hoped Saturday's rain would not affect land that has been sliding around their homes.

Workers have been monitoring conditions after the backyards of two hillside homes and three houses below the hill shifted and caused a large fissure in the ground on Feb. 22.

Since then, those homes have been yellow-tagged and crews were left puzzled as to what would cause the land to suddenly collapse.

One resident said Saturday's rain appeared to cause more problems and that on Friday there was more movement, which caused damage to his property. He said a wall in his backyard is starting to collapse because of the constant shifting of the ground.

Sandbags and tarps were placed all over his backyard and rainwater was being pumped out and away from the fissure. The fear is there could be a larger landslide.

"The back right corner of our backyard that started to drop a lot more. That wall is currently falling down as well. It wasn't before so as much as they're covering it up, it's still getting all the grass farther back, wet, and it's still soaking up more weight. They're doing what they can to stop it, but little by little it's still giving out," homeowner Luis Estrada said.

Residents evacuated those five homes, with some coming by Saturday to pick up more belongings.