Authorities from the Los Angeles County Sheriff's Department's Marijuana Dispensary Task Force served a search warrant at the mall located in the 27000 block of Sierra Highway at approximately 8 a.m. Wednesday. 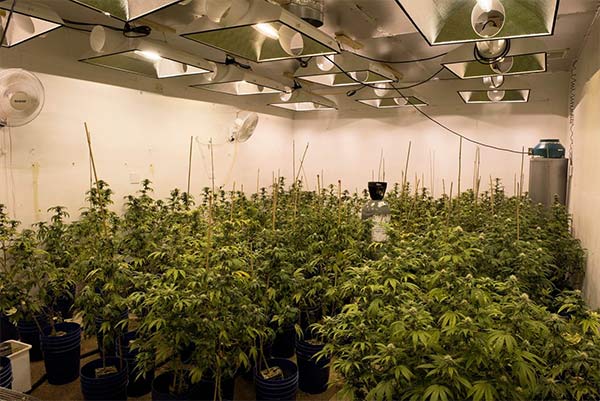 Marijuana plants are seen inside a unit at a Canyon Country strip mall.

Investigators said they found an elaborate indoor marijuana growing operation in several of the strip mall units, and they credit this discovery to a citizen informant who called to report possible illegal narcotics activity in the area.

In total, 2,484 marijuana plants, 200 pounds of finished product, an undetermined amount of cash and 50 pounds of edible THC-infused products were seized. 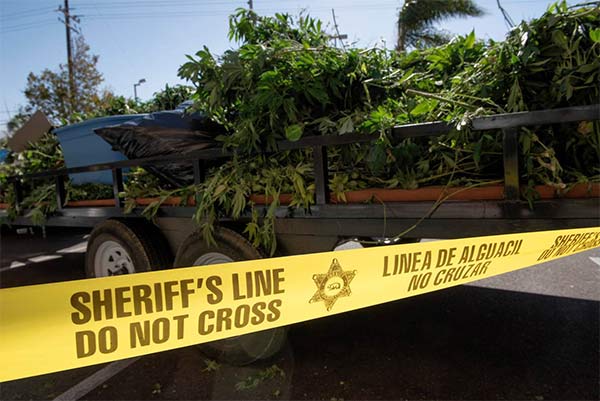 Seized marijuana plants are seen being hauled out of a Canyon Country strip mall following a bust.

Authorities also found an elaborate air-conditioning and filtering system, which was used to grow marijuana indoors and prevent the odor from seeping out.

Three men were detained at the scene, but two were released pending further investigation. Sheriff's officials said the third man, 28-year-old George Tunis of Los Angeles, was arrested for possession of marijuana for sales. 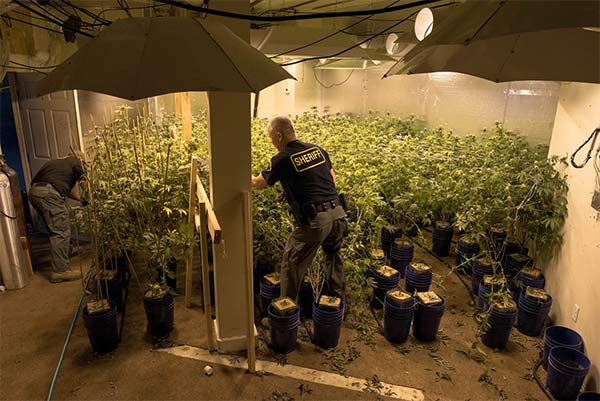 He was booked at the Santa Clarita Valley sheriff's station and has since bonded out.