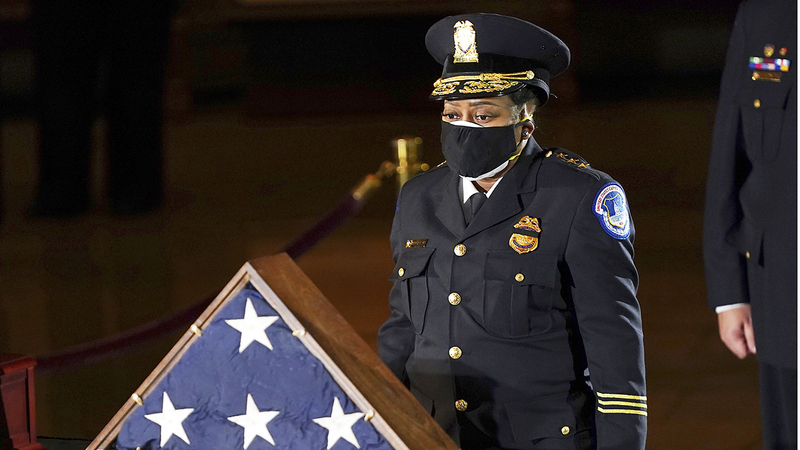 Chief: Capitol Police prepared, but not for a riot

WASHINGTON -- The acting Capitol Police chief on Thursday strongly denied that her department failed to heed intelligence reports ahead of the Jan. 6 attack warning of potential violence.

In her opening statement to a House Appropriations subcommittee hearing investigating security failures, acting Chief Yogananda Pittman addressed new focus on questions about intelligence failures that have triggered finger-pointing over who was responsible, saying nothing warned of something so overwhelming.

"The department was not ignorant of intelligence, indicating an attack of the size and scale we encountered on the 6th," Pittman said. "There was no such intelligence."

"There's evidence that some of those who stormed the Capitol were organized, but there's also evidence that a large number, were everyday Americans, took on a mob mentality, because they were angry and desperate," she said.

"It is the conduct of this latter group that the department was not prepared for. The department did face some operational challenges that we are addressing."

Pittman was the assistant chief of police of the department's Protective & Intelligence Operations on Jan. 6 and was responsible for its Intelligence and Interagency Coordination Division.

She says the IICD came back with four "special assessments" about the potential for violence on Jan. 6 - all of which she said were "raw intelligence."

"Although the Department's January 3rd Special Assessment foretold of a significant likelihood for violence on Capitol grounds by extremists groups, it did not identify a specific credible threat indicating that thousands of American citizens would descend upon the U.S. Capitol attacking police officers with the goal of breaking into the U.S. Capitol Building to harm Members and prevent the certification of Electoral College votes," she said. "Nor did the intelligence received from the FBI or any other law enforcement partners include any specific credible threat that thousands of American citizens would attack the U.S. Capitol."

The former Capitol Police chief, Steven Sund, who resigned in the wake of the attack, testified Tuesday that he never saw an FBI warning sent by email the evening before the Jan. 6 assault -- a description of an online threat that extremists were preparing for "war" against the Capitol as Congress met in joint session to count Electoral College votes.