1 killed, 4 injured in fiery car crash on 405 Freeway in Westminster 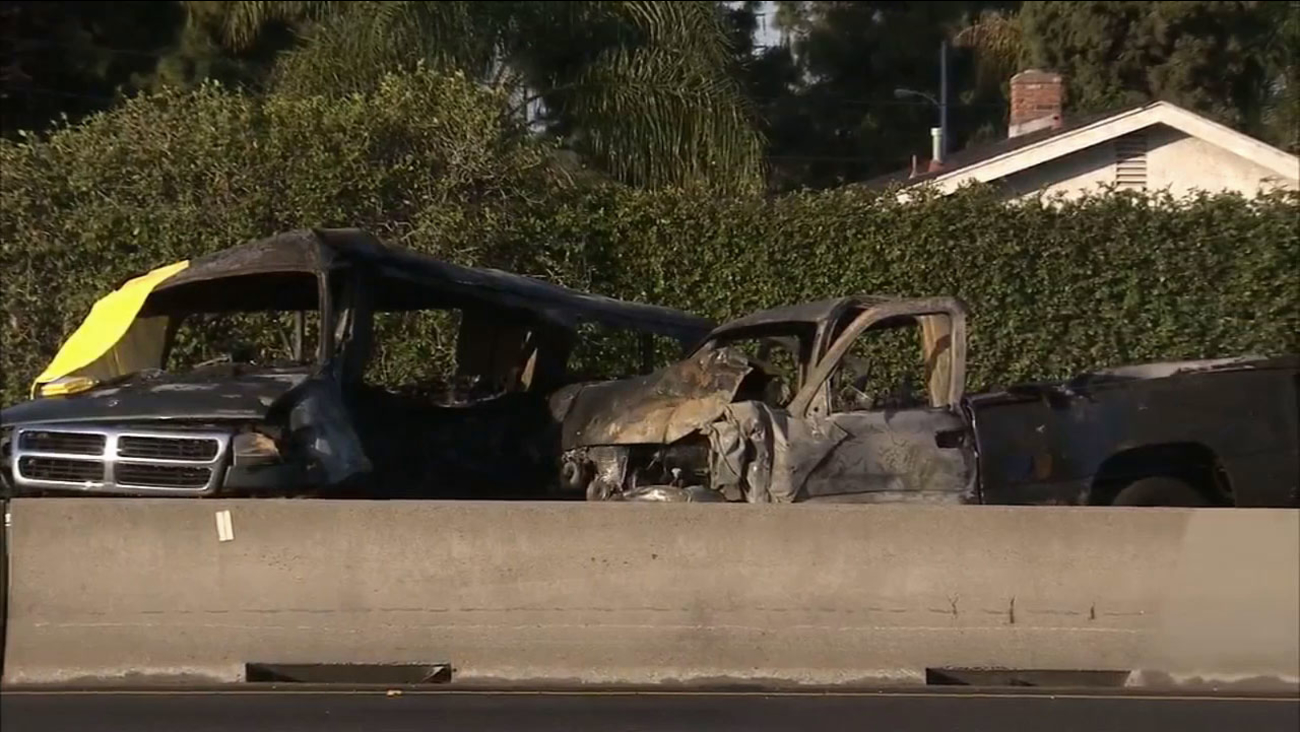 Two cars collided and erupted in flames on the southbound 405 Freeway in Westminster in the early morning hours on Sunday, April 12, 2015.

WESTMINSTER, Calif. (KABC) -- A person was killed after four cars crashed and two erupted in flames on the south 405 Freeway early Sunday morning, which shut down a section of the freeway for several hours in Westminster.

California Highway Patrol officers received a call around 4:45 a.m. regarding the fatal traffic collision near Magnolia Street and Beach Boulevard. A Dodge van, Ford Mustang, GMC Sierra and Hyundai Sonata were involved in the crash. When officers arrived at the scene two of the cars were engulfed in flames.

The passenger in the van was trapped inside the car and died at the scene.

Three people were transported to a nearby hospital. One person refused to be transported and was treated at the scene.

A portion of the freeway north of Magnolia Street was closed for several hours as police investigated the scene.