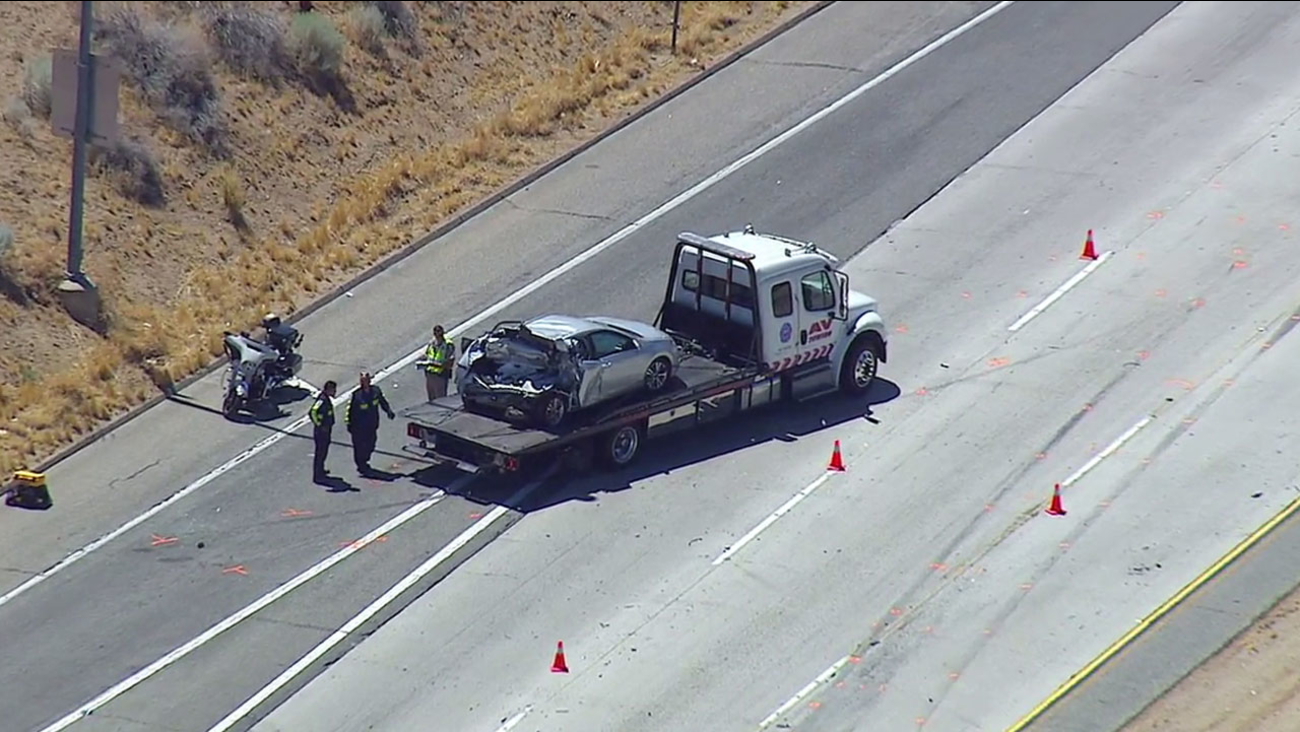 Authorities cleared the scene of a fatal car crash on the 14 Freeway in Palmdale on Thursday, July 14, 2016. (KABC)

PALMDALE, Calif. (KABC) -- One person died in a car crash on the northbound 14 Freeway in Palmdale, which reduced the freeway to one lane.

According to the California Highway Patrol, two cars were involved in the crash and one person was taken to a hospital where they later died. Between three and four people were injured in the crash, but the extent of their injuries were unknown.