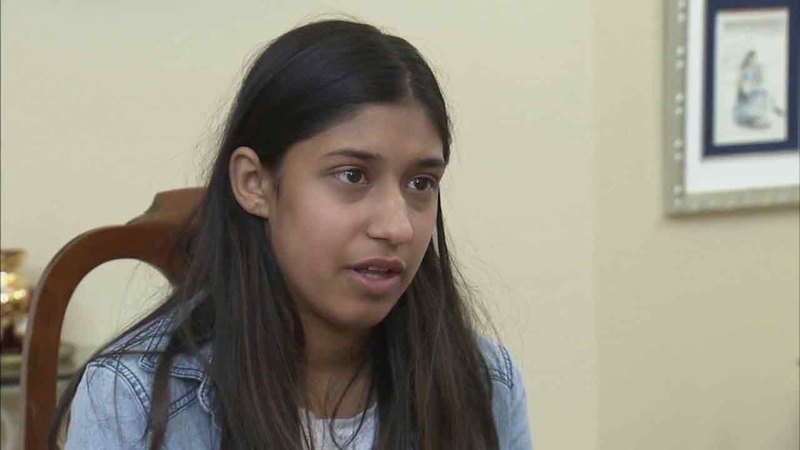 Ausna Haris, 15, is a Muslim Pakistani-American student who dreams of becoming an FBI agent. She was motivated after watching the ABC series, "Quantico."

"Quantico" is about young FBI recruits training to become special agents, but the main character, played by Indian actress Priyanka Chopra, is framed for a terrorist attack.

"I feel that something like that sort of opened my eyes," Ausna said.

Ausna dreams of joining the FBI to dispel the constant negative portrayal of Muslims.

"The shootings that have been happening and all this other stuff, people have a warped view on Muslims, and not all of us are like that, and I feel like something where somebody like me, as a Muslim girl, can show people how we actually are," Ausna said.

Anila Ali, the president of the American Muslim Women's Empowerment Council, held a special gathering Tuesday night in Irvine for law enforcement and all faiths. Ali introduced the internship program, which is for girls like Ausna to pursue their dreams of joining law enforcement.

Ali got the idea for this program after hearing many girls express interest.

To be eligible for the internship, students must have at least a 3.0 grade point average and be enrolled in a university or college.

Applicants will also have to meet the specific requirements set by the various participating law enforcement agencies, such as the Irvine Police Department.

"We have a specific criteria. They would be interviewed, and there's also a background process, of course," said Deputy Chief Julia Engen with Irvine police.

Ali said that they are searching for the most qualified candidates who wish to serve their country.