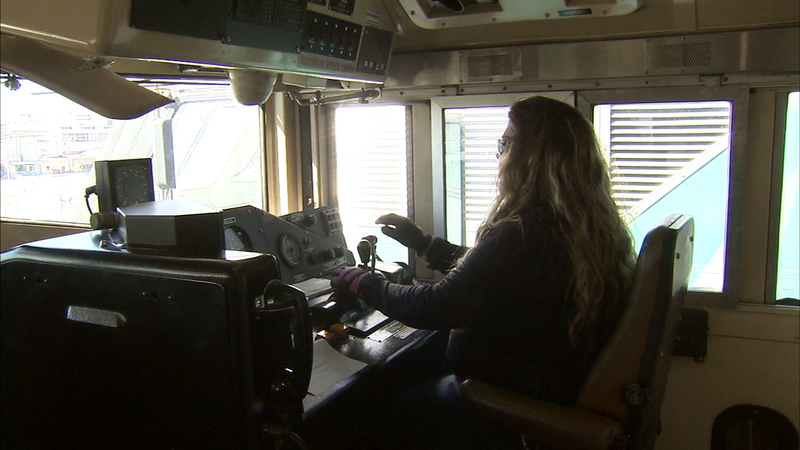 LOS ANGELES (KABC) -- Just seven years ago, Samantha Tames was a self-described college dropout with no direction for her future.

Today, she's a Metrolink engineer at the helm of a train, earning a six-figure salary, and responsible for the lives of thousands of commuters every day.

"I love my job. It's so much fun," said Tames. "It's nothing that I actually thought I would do in my life."

Tames started at the bottom with Amtrak. She worked in on-board services, cleaning bathrooms and making beds on sleeper coaches.

One year later, she had worked her up to become a Metrolink conductor.

It's not often you see a woman at the helm of a locomotive. But Metrolink is trying to change that.

The railroad industry, long dominated by men, realizes the best man for the job can be a woman.

"I think a lot of the reason why you don't see more women is because they don't know about it," said Tames.

Twelve of Metrolink's 70 engineers are now women and the commuter rail system is looking to hire more.

Tames, a single mother with a toddler, says any mom can do it. And Metrolink passengers are taking notice.