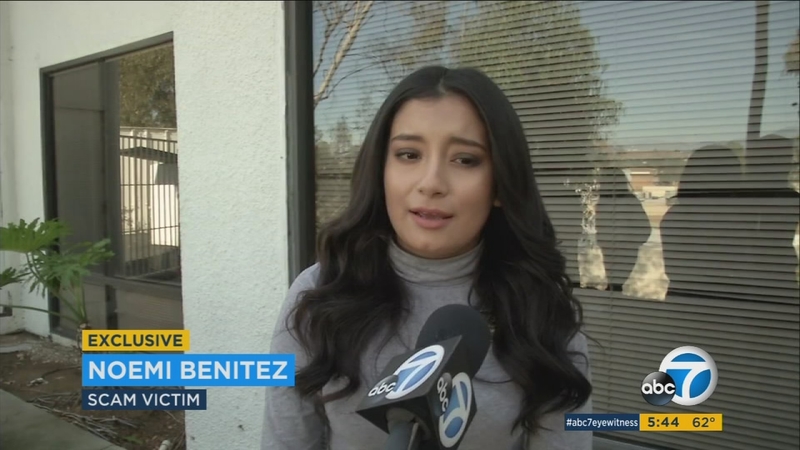 Online scammers have begun targeting millennial job seekers through an intricate fraudulent check scheme. One victim includes Noemi Benitez who was swindled out of $900 after looking for work online.

"I was looking to make extra money on the side. I live on my own, I'm young so I responded to a Craigslist ad asking for a job and I got it," Benitez recalled.

She was hired as a personal assistant and after a week was sent a check to purchase office equipment she would need. She was then asked to complete her first task.

"He told me that since I was his personal assistant that he had an emergency and that he needed me to go to Wal-Mart and do a money transfer for $900, so I did," Benitez said.

She believed she sent money from the check she received, but in reality the check was a fraud, and the money she sent ultimately came from her own account.

"As soon as I received the check, the task changed, and they asked me to first deposit the check," Gibson said.

Steve Gomez, a former FBI agent and now a security consultant, said that the scam proved complicated as the names used by the crooks on the fake checks belonged to real people.

"You have somebody who is using the name of a person who's in human resources, so that is almost like a legitimate front for the bad guy," Gomez said.

"So if the victim is checking out the human resource person or the company, they're going to find information online that indicates that it's a legitimate operation that they're now going to work for," he continued.

Gomez stressed the importance of meeting a potential employer in-person when looking for work online.

Fortunately, Gibson decided to refrain from sending money to the scammers, a lesson Benitez has taken to heart.