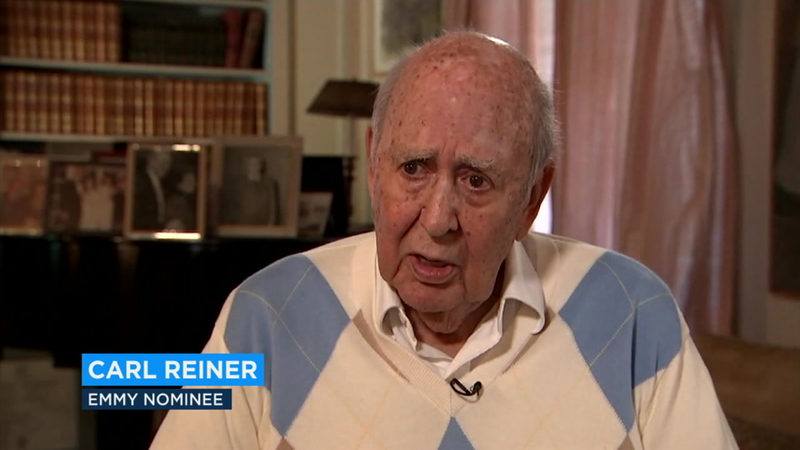 At 96, he is officially the oldest Emmy nominee ever.

The longtime actor, writer and producer already has nine Emmy awards on his shelf.

Now he could add one more for narrating the HBO documentary "If You're Not in the Obit, Eat Breakfast."

Reiner's been at it for more than 70 years.

As producer and sometimes performer on "The Dick Van Dyke Show," he really hit it big.

He believes - as he wrote in his book, "How to Live Forever," that working is a healthy thing no matter how old you are.

"I realized when I was doing this book - this is the truth - get up, start a project, if you have a project, go and work on it and then when you're finished, start a new project. That'll keep you alive."
Report a correction or typo
Related topics:
arts & entertainmentcomedyhbohollywood wrapprimetime emmy awards
HOLLYWOOD WRAP
Tanya Roberts still alive, rep says day after reporting her death
Tanya Roberts, Bond girl and 'That '70s Show' co-star, dies at 65
Action star Jet Li learns to sit still for Disney's 'Mulan'
Bryan Cranston stars in 'The One and Only Ivan' from Disney+
TOP STORIES
Teen boy shot and killed outside Boyle Heights recreation center
Plan unveiled for CA to be abortion sanctuary if Roe overturned
Arrest after online threat made at Ontario junior high school
Gunmen on jet skis open fire into the air at beach near Cancun hotel
6 charged with running deadly Mexico-based kidnapping ring
Swarm of more than 40 earthquakes is causing a buzz in northwest US
34,000 LAUSD students miss COVID vaccine deadline
Show More
Tiger Woods to make return from car crash at PNC Championship
3.6-magnitude earthquake rattles San Bernardino County overnight
Scott Peterson faces new life sentence in wife's 2002 death
Fox News Christmas tree fire: Outlet's decorations set ablaze in NYC
1 killed, 2 wounded in shooting at Bellflower smoke shop
More TOP STORIES News