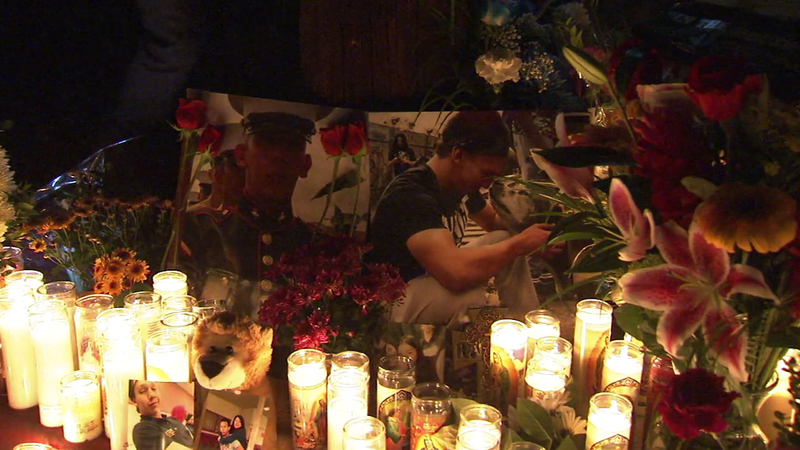 Carlos Segovia, 19, was on weekend leave from Camp Pendleton when he was shot in the head last week. He was found slumped over the steering wheel of his car after leaving his girlfriend's home. Doctors declared him brain dead on Sunday.

Segovia's mother said her son believed in serving others, from helping the homeless to rescuing animals to joining the Marines. Detectives believe it was his attempt to do the right thing that may have cost him his life.

Police continue to search for the gunman, and said Segovia may have confronted the suspect who was committing a crime.

"He may have observed something suspicious at the time. Again, because of the goodness of his heart, he was killed," LAPD Cmdr. Peter Whittingham said.

The Los Angeles City Council announced a $50,000 reward in hopes of finding Segovia's killer. During the candlelight vigil, his mother pleaded for the public's help.

"I have no idea how I'm going to live without him," she said. "I do want justice. My son deserves it."

While Segovia's fight to survive ended when he was taken off life support, his giving continues as an organ donor.

"This is my son, even after he died he wanted to give life to people," his mother said.

Anyone with more information may contact the Los Angeles Police Department and callers can remain anonymous.