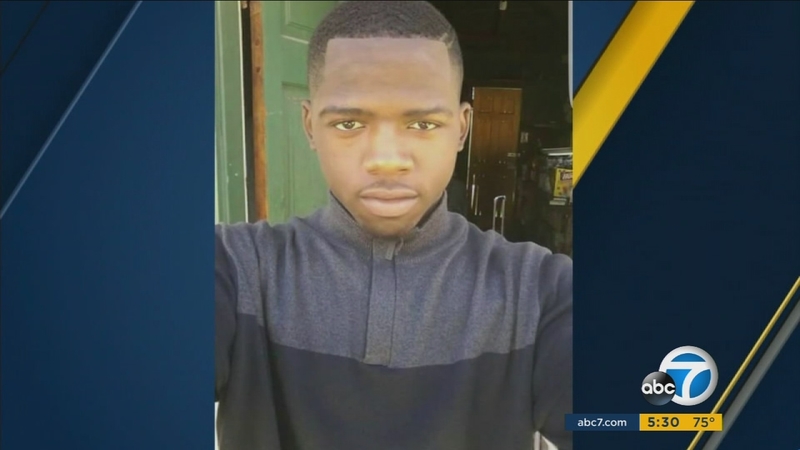 The meeting was halted twice after the board president declared an unlawful assembly. The first time the meeting was adjourned was within the first five minutes when the president attempted to address the violence in Charlottesville, Virginia.

A total of four protesters were detained by LAPD after failing to disperse from the meeting room. Three of those four people were later arrested.

One of those activists was Melina Abdullah, one of the leaders in the local Black Lives Matter movement. On the third attempt, the meeting resumed and activists were allowed to speak during public comment.

One of the cases discussed at the meeting was the shooting death of Carnell Snell Jr., who was shot to death after police saw him driving a blue Nissan Altima that was believed to be stolen.

Snell exited the car and a short foot pursuit ensued. Officers believed that Snell had a gun due to the way he was holding his waistband.

Police said at one point, Snell turned toward the officers in the 1700 block of 107th Street, and an officer-involved shooting occurred. Snell was pronounced dead at the scene.

Police released surveillance video showing the moments leading up to the shooting.

At Tuesday's meeting, the commission was expected to rule on whether the shooting was within police department policy.

Snell's family was at the meeting and spoke.

"One day, he says, 'You know auntie, I'm making bad choices.' I said, 'Yes, you are.' He had his problems with the law. Other than that, he was a great, great boy," aunt Carlena Hall said.

The commission then ruled the officer's use of force was within department policy. But despite what surveillance video shows, many activists believe Snell was murdered by officers.

Protesters at the meeting chanted Snell's name as well as the name of Wakiesha Wilson.

Wilson was arrested in 2016 for punching a fellow patient at a downtown hospital. She died in custody, and the coroner's office determined she committed suicide in her cell.

A 10-month investigation by the Police Commission concluded officers did not use force against her. But the family claims there is 20 minutes of missing video that could shed light on what happened. At the meeting, protesters demanded for the release of that video.

In addition to the Snell case, the commission was expected to review a "head strike" of a suspect that occurred Sept. 22, 2016. It was not immediately clear which case they were referring to, since the meeting was halted.