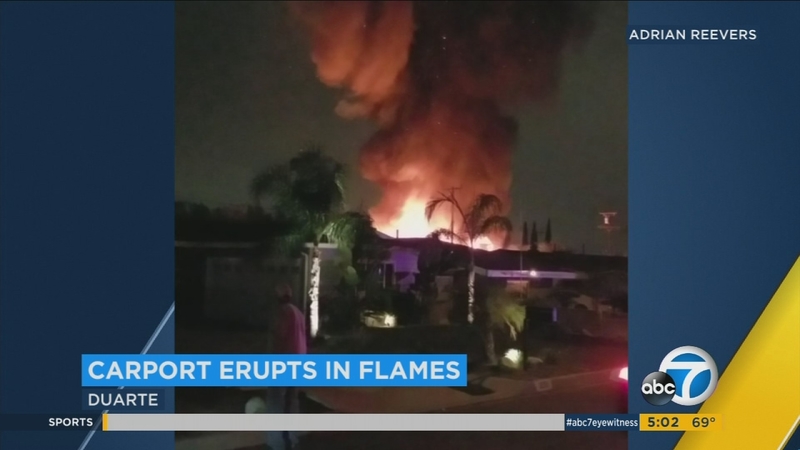 The fire was reported just after 9 p.m. at an apartment complex on Las Lomas Road, just north of Huntington Drive.

Four patients were treated at the scene for smoke inhalation and one had been released.

The fire was contained to the carport, but many residents were fearful it would spread to homes.

"You're used to seeing it on TV, happening to other people, but I remember hearing 'fire, fire,' and by the time we got outside, flames were just shooting up," said Vanessa Reevers, an apartment resident.