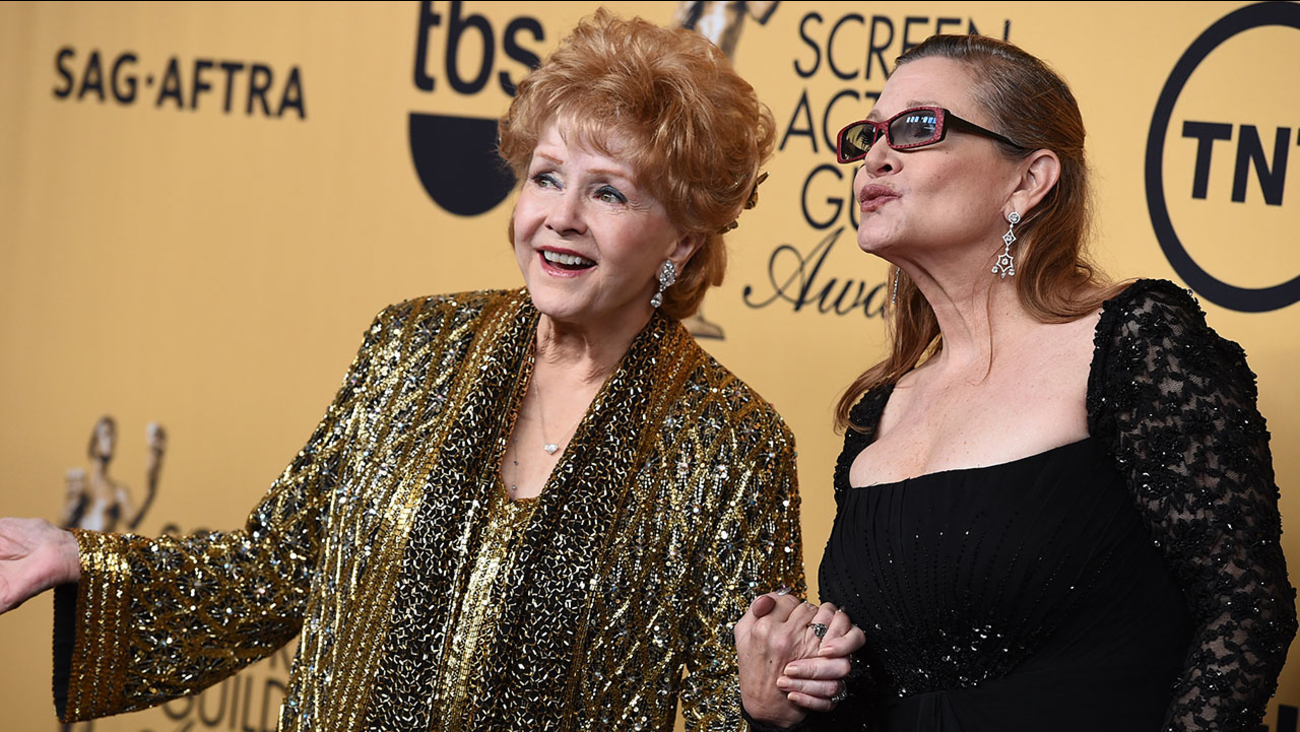 LOS ANGELES (KABC) -- Carrie Fisher and Debbie Reynolds will have a joint funeral, family members have confirmed to ABC News.

Reynolds' son Todd Fisher said his family initially had funeral plans for Carrie Fisher, but they had since been canceled following their mother's death.

Fisher stated the family planned to hold a dual funeral, but that a date and location have not been named.

Reynolds died after suffering a stroke on Wednesday, just one day after Carrie Fisher died. Her daughter had suffered a cardiac arrest episode on a plane to L.A. on Friday.


Todd Fisher told Eyewitness News his mother was under a lot of stress over the death of her daughter. Reynolds told him she missed her daughter and wanted to be with her.

Reynolds was best known for her role in the 1950s musical "Singin' in the Rain." She appeared in dozens more films, including "The Unsinkable Molly Brown," which earned her Oscar and Golden Globe nominations. She also appeared on "How the West Was Won," "Three Little Words" and more.

Most recently, she was in the award-winning HBO movie "Behind the Candelabra," portraying Liberace's mother.


Carrie Fisher was best known for her role as Princess Leia in the classic film series "Star Wars." The starlet also appeared in several hit films such as "The Blues Brothers," "Under the Rainbow," and "When Harry Met Sally."