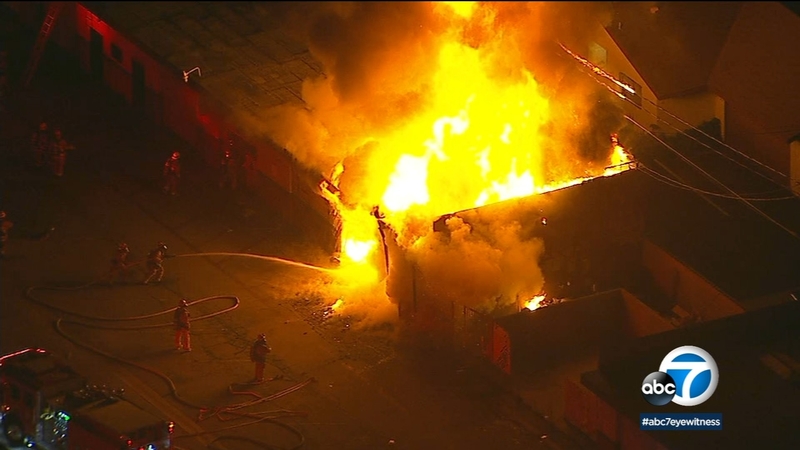 CARSON, Calif. (KABC) -- A massive blaze destroyed a commercial structure near several homes in Carson and knocked out power to the surrounding neighborhood Thursday morning.

Los Angeles fire crews responded to the area of East Carson and Dolores streets around 5:30 a.m. as raging flames sent plumes of thick smoke into the sky.

The single-story building, which is believed to be an auto repair business, was engulfed in flames that appeared to take down nearby power lines. Shortly after, the surrounding neighborhood lost power as electrical lines dangled near homes.

Residents were seen jumping into vehicles parked near the burning structure and driving away minutes after the blaze erupted.

Firefighters extinguished the flames around 6 a.m.

The cause of the fire was under investigation.
Report a correction or typo
Related topics:
building firefire
Copyright © 2021 KABC-TV. All Rights Reserved.
More Videos
From CNN Newsource affiliates
TOP STORIES