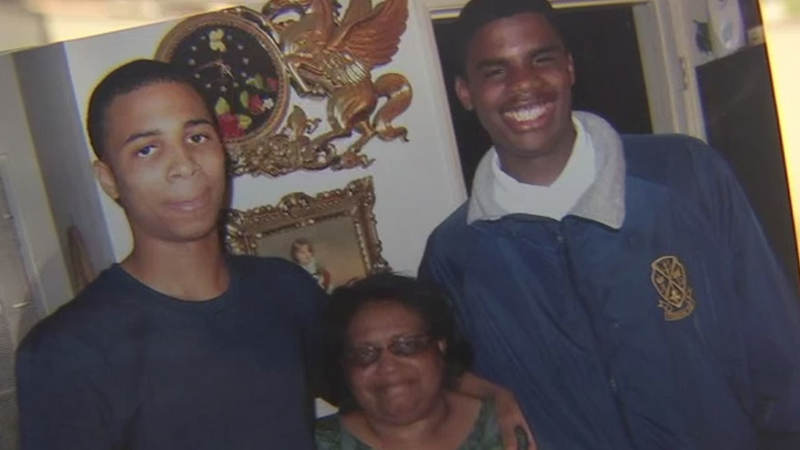 CARSON, Calif. (KABC) -- A triple-fatal collision in Carson has plunged a community into mourning along with the Los Angeles Police Department.

Two of the victims, 26-year-old Christopher Baxter and 23-year-old Jonathan Baxter were the sons of a 30-year veteran of the force, Kenneth Baxter.

In a grim twist, Baxter has long served as an accident investigator.

Their circle of friends multiplied as they took on new challenges, including helping special needs adults. The Baxter family was so close-knit, the parents counted their children as their best friends.

"We always try to kiss each other and love each other before they go out the door," said the victims' mother, Diana. "My last time, I was sure there would be other times, until I was told they weren't coming back."

Baxter's older son Christopher was playing at the University of Winnipeg. When he was at home, the two brothers were joined at the hip.

The sheriff's investigation has not been completed. Witnesses said the driver that broadsided the brothers was traveling at high speeds and blew a red light at Del Amo and Avalon in Carson early Sunday morning.

The driver of that car also died.

Baxter and his wife expressed heartbreaking feelings about losing both sons at the same time.

"I don't know if one could have lived without the other. They were there together, and that as much as I miss them both. They are together."