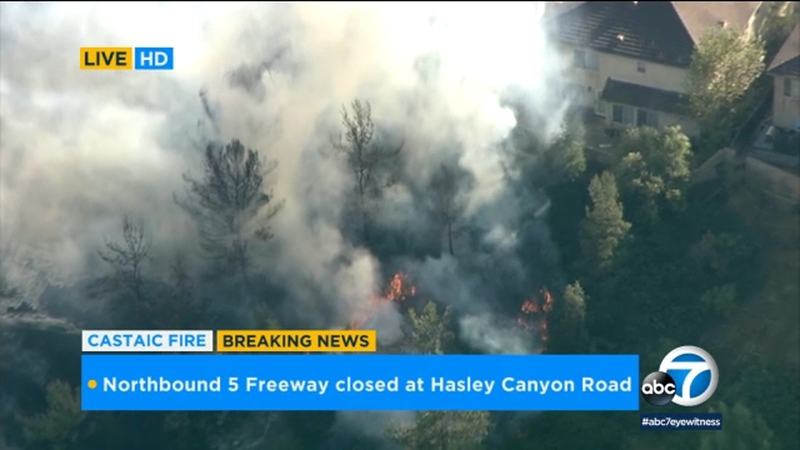 The blaze broke out shortly after a fire erupted in Canyon Country. The fire was originally dubbed The Old Fire but was later deemed to be an extension of the Tick Fire.

Flames could be seen heading uphill behind a row of homes on The Old Road.

The northbound lanes of the 5 Freeway were temporarily shut down at Hasley Canyon but all lanes were reopened just before 7 p.m.
EMBED More News Videos

A 20-acre brush fire damaged at least one home in Castaic Thursday.

A separate fire broke out in the Val Verde area south of Castaic and damaged four travel trailers, according to the Los Angeles Fire Department.

An evacuation center was set up at College of the Canyons in Valencia.

**UPDATE**Evacuation center will be at College of the Canyons in Valencia not Golden Valley High School.