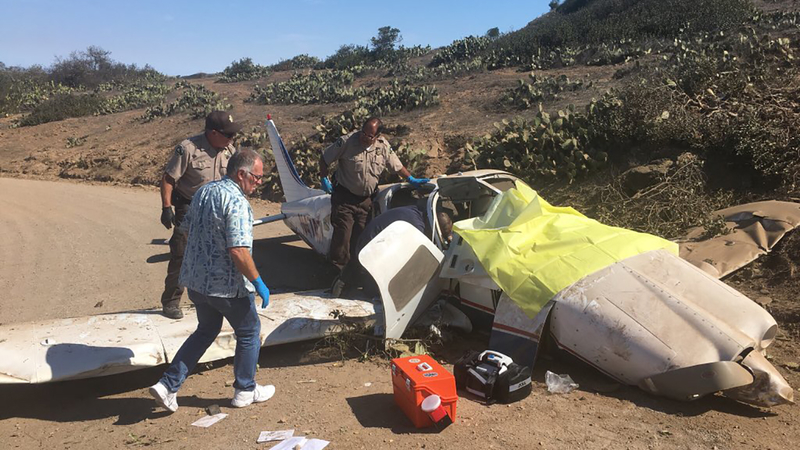 CATALINA ISLAND, Calif. (KABC) -- Three people were critically injured when a small airplane went off the end of a runway on Catalina Island on Wednesday morning, a Federal Aviation Administration spokesperson said.

The incident, which resulted in a fuel leak from the single-engine Piper PA32, was reported about 9:45 a.m. at Catalina Airport and prompted a response from Los Angeles County firefighter-paramedics, lifeguards and two air ambulances.

All three of the injured were onboard the aircraft. Two of them were airlifted to hospitals.

#airportIC at 0941 @LACoLifeguards responded to a report of an aircraft down on Catalina Island. Lifeguard resources with the assistance of @LACoFireAirOps treated and transported 3 patients in critical condition.

Ian Gregor, spokesman for the FAA's Pacific Division, said the incident happened after the plane landed.