Celebs joining cause to free Cyntoia Brown, Tennessee woman in jail for 2004 killing 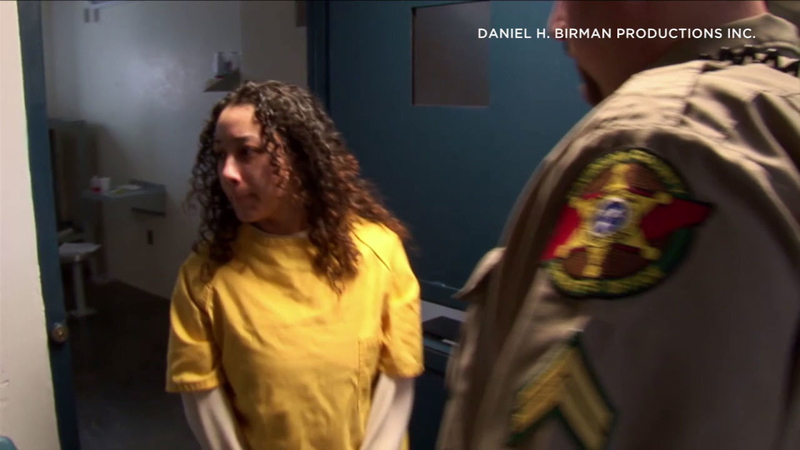 Some big names in the entertainment world are joining forces to help free a Tennessee woman who's serving a life sentence in prison.

Rihanna, Snoop Dogg, LeBron James, Kim Kardashian West and others have taken to social media to say Cyntoia Brown was a 16-year-old sex trafficking victim wronged by the legal system.

The system has failed. It’s heart breaking to see a young girl sex trafficked then when she has the courage to fight back is jailed for life! We have to do better & do what’s right. I’ve called my attorneys yesterday to see what can be done to fix this. #FreeCyntoiaBrown pic.twitter.com/73y26mLp7u

In 2004, she shot and killed a man who had solicited her as a prostitute.

She says she lived with an abusive boyfriend who forced her into prostitution.

But prosecutors say she killed the guy to rob him.

University of Southern California journalism professor and filmmaker Dan Birman told Brown's story in a 2011 documentary and has been following her case now for 13 years.

"I don't know whether the celebrity involvement that's going on with the Cyntoia Brown story will help her case or not," Birman said. "What I do know is that celebrity following is raising the issue and is amplifying the discussion about sex abuse and sex trafficking."

Tennessee law has now changed so that juveniles can no longer be sentenced to life in prison without parole, and if Brown's trial happened today, she'd be treated as a victim of child human trafficking. As it stands now, she won't be up for parole until 2055.

There is currently a petition on moveon.org to free Brown that has nearly 330,000 signatures.

Brown's attorney, Charles Bone, said he's not sure why the case is drawing celebrity attention right now, although the story was in the news again recently when WZTV-TV in Nashville gave an updated report on the case. There was a previous surge of support for Brown in 2011 when a documentary about her life appeared on public television.

Beyond social media posts, some celebrities have also reached out, Bone said. He didn't say who they were or how they got in touch.

"We're hopeful that this support can be used constructively, not just for her, but for everybody who's out there fighting sex traffic and sex slavery," Bone said.

Bone says a court appeal over the constitutionality of Brown's sentence is pending and he's petitioning the governor and parole officials for reduced prison time. Some state lawmakers have tried and failed to pass legislation that would allow juveniles sentenced to life to be eligible for parole after 30 years, instead of 51.

The prosecutor in Brown's case, Jeff Burks, objects to the recent attention she has been getting.

"There has been a group of people who have wanted to make Ms. Brown a victim and a celebrity since this happened," Burks, who now works in Georgia, wrote to WZTV-TV. "She was not 'trafficked,' nor was she a 'sex slave.' It's not fair to the victim and his family that the other side of this case is so seldom heard."