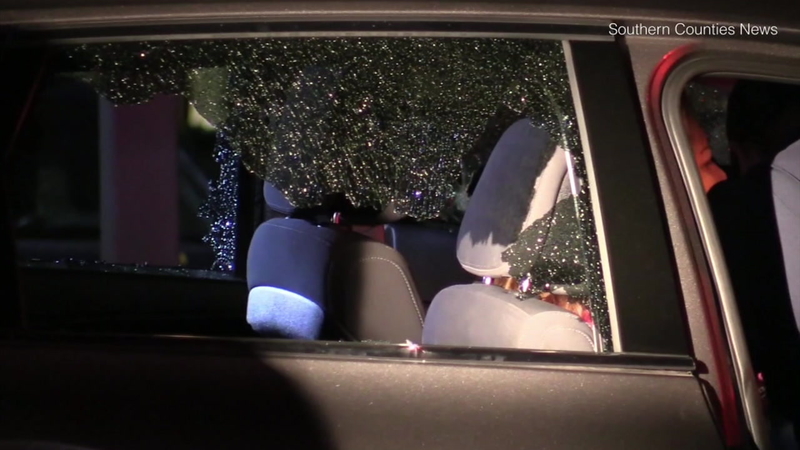 CERRITOS, Calif. (KABC) -- A woman was rushed to a hospital after someone shot her while she was driving in Cerritos.

The shooting happened shortly before 1:30 a.m. Wednesday just off of the 91 Freeway, near Park Plaza and Towne Center drives, according to the California Highway Patrol.

Video of the woman's car appeared to show the vehicle with its window shot out.

The woman looked physically OK as she spoke on the phone while being loaded onto an ambulance.