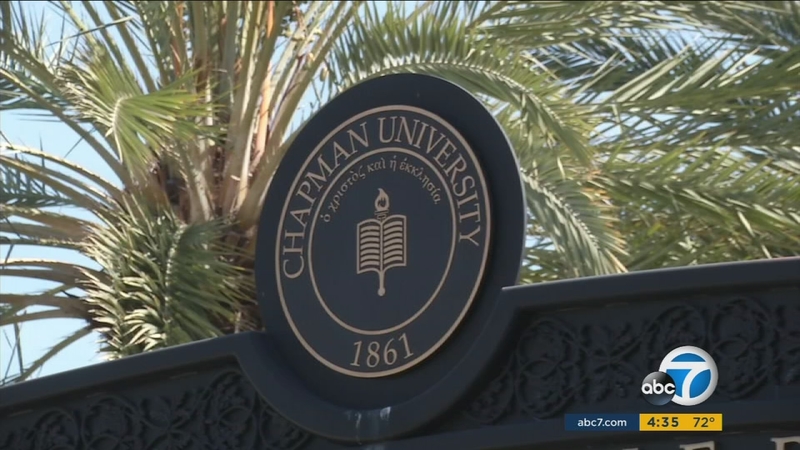 Brian Lochrie posted "Neighbors Say No" signs at his home in Orange, as he and a group fought a Chapman University proposal to increase enrollment by 3,000 students over the next decade.

The university suspended the proposal while it addressed community concerns. In addition to the enrollment increase, the plan also called for the building of new dorms and facilities on land the university already owns.

The Orange Police Department said about 20 percent of its party and noise calls involve Chapman students.

Adam Mann, a senior at the university, said socializing is a part of college and believed most students are respectful of their neighbors.

"We are going to be leaders in science, politics, and television," Mann said. "We would just like the appreciation from the community."

While working with the Orange City Council to come up with more regulations to prevent parties from getting out of hand, Chapman University also stated the positive economic and social impact from the students should not be forgotten.

"Public clean up days where they pick up trash in a certain area, they tutor in the elementary schools and the high schools," Vice President of Community Relations at Chapman University Jack Raubolt said.

A topic both neighbors and students agreed on is the need for more student housing, which the university said is a focus moving forward.