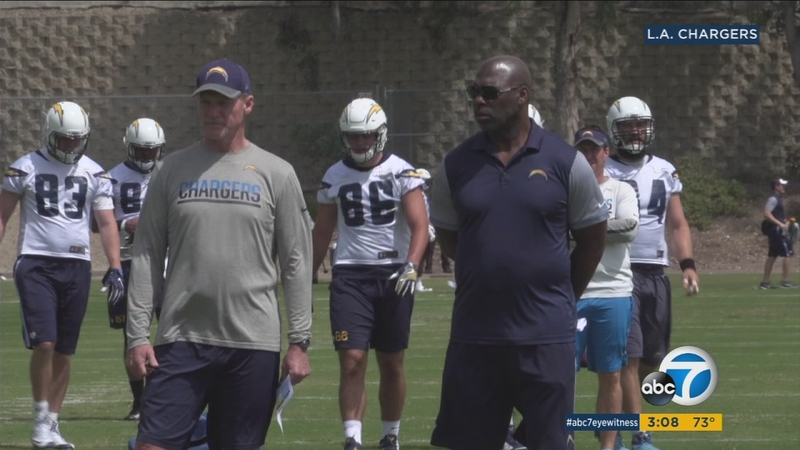 LOS ANGELES (KABC) -- Fans of the newest football team in Los Angeles will now be able to watch the Chargers on ABC7, the television station and the NFL franchise announced Wednesday.

As part of a multi-year agreement, ABC7 will be the Chargers' English-language broadcast TV station, according to a news release issued by the newly relocated team.

The partnership will include ABC7's televising of three Chargers preseason games - including the first one - on Aug. 13, 20 and 31. The games will be bookended by pre- and postgame shows.

The station will also air two weekly Chargers series in Saturday evening primetime during the football season, along with weekly Chargers news features throughout the year.

"We can't wait for the NFL season to get here and bring exciting Chargers football to our ABC7 viewers," said Cheryl Fair, ABC7's president and general manager. "In addition, KABC and the Chargers look forward to building on our partnership to provide new opportunities to give back to our local communities."